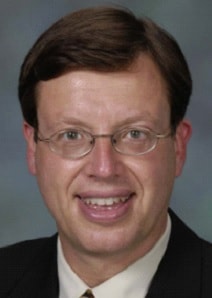 Dr. Janda is the author of The Awakening of a Surgeon and The Power of Prevention Handbook which chronicle his efforts in the field of preventative Medicine.

David H. Janda, M.D. is an orthopedic surgeon based in Ann Arbor, Michigan and a member of a nine-member orthopedic surgery group. In addition, Dr. Janda is the director and founder of the Institute for Preventative Sports Medicine, based in Ann Arbor, Michigan, which is the only health care cost containment organization of its kind in North America. Dr. Janda’s academic career has been highlighted by many awards and distinctions. In the early years, he was one of the winners of the Westinghouse Science Talent Search Competition, which was conducted in Washington, D.C. In addition, he obtained a Bachelor of Arts Degree majoring in Chemistry and in Economics and graduated Magna Cum Laude from Bucknell University in Lewisburg, Pennsylvania. He obtained his M.D. degree from Northwestern University Medical School in Chicago and served as one of the leaders within the medical school community as a member of the Senate for a three-year duration. Dr. Janda then completed an internship and residency at the University of Michigan in Ann Arbor, and then completed a fellowship in shoulder reconstructive surgery and sports medicine in London, Ontario, Canada.

Dr. Janda, in addition to being a clinical orthopedic surgeon, has also distinguished himself in the research arena. One of his more notable works is based on an injury prevention analysis in the most popular team sports in the United States. Dr. Janda was the lead investigator in a series that was published in the Journal of the American Medical Association. The study completed by Dr. Janda and the research team realized a 98% reduction in injuries, along with a 99% reduction in health care costs. Based on an independent analysis by the Center for Disease Control and Prevention, the study translated into a prevention of 1.7 million injuries a year in the United States with a savings of two billion dollars in acute health care costs per year.

After leaving the University of Michigan, Dr. Janda founded the Institute for Preventative Sports Medicine. Dr. Janda, through the Institute, has brought together leaders in injury prevention and sports medicine, and continues to produce high quality work that has an impact on the everyday lives of the public at large. Dr. Janda has been awarded the clinical research award by The American Orthopedic Society of Sports Medicine. The Canadian Academy of Sports Medicine has awarded him, the R. Tait McKenzie Award, which is given for outstanding clinical research on an international basis. He has also received recognition by the American Academy of Orthopedic Surgeons for his video presentations and research. In addition, Dr. Janda has had the opportunity to present before a sub-committee of Congress, which led to the utilization of preventative methods to reduce injuries within the Federal Government system. Dr. Janda’s research has been given wide exposure by the electronic, as well as print media, and has gained wide public acknowledgement.

Dr. Janda was appointed by the former Bush Administration to the Board of the National Center for Injury Prevention and Control. He also was appointed to the National Institute of Health Trauma Research Task Force. Governor John Engler has appointed him to the Governor’s Council on Health, Fitness and Sports for the State of Michigan, as well as Chairman of the Advisory Group on the Prevention of Sports Injuries.