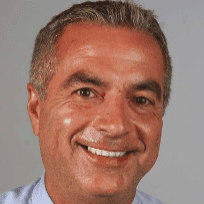 Dr Gil Mobley, MD, is a board certified, residency trained emergency trauma physician that has practiced in Missouri for decades and in Washington state as well.

Though his vocation is a practitioner of both Emergency & Occupational Medicine, he describes himself as a “serial activist.”

He invariably adds, “and I’m not talking Cheerios.”

Those passions include decades of medical interventions in Guatemala. He led the efforts to build Guatemala’s finest hospital for the Mayans and spearheaded an engineering feat for engineers without Borders of Austin Tx to turn fog into drinking water for the Mayan villages.

At home in Missouri, Dr Mobley is know as an outspoken rebel. The Springfield News leader referred to him as a “maverick” decades ago; 417 Magazine called him a firebrand when they named him Springfield’s best physician.

Dr Mobley was ABC Picture of the Year in 2014 during the Ebola crisis when he boldly wore a hazmat suit emblazoned with “the CDC is lying“ into the Atlanta airport. He gave a press conference to The AJC exclaiming to the world that the CDC is was withholding essential facts about Ebola’s transmission. With that stunt, Sean Hannity referred to the doc as, The Paul Revere of Infectious Disease.
And about that, Dr Mobley laments that time has proven that was entirely right about Ebola.

“ Dr Gil” as most call him, has studied infectious diseases all his life, especially pandemics. He was a microbiologist before he became a medical doctor. He graduated from Georgia Regents Medical University in Augusta, GA.