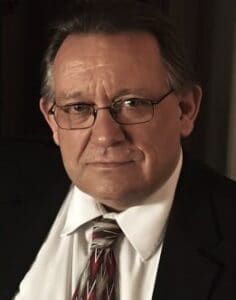 Dr Herman Edeling obtained the M.B.,B.Ch. Degree at Wits in 1975, practiced as a general practitioner for 10 years, qualified as a neurosurgeon in 1992 and spent the next 16 years in private general neurosurgical practice. Since 2008 he has limited his practice to consulting and medico-legal neurosurgery. He has written thousands of medico-legal reports and has testified in court in hundreds of matters as an expert witness. He has co-authored three publications on serious injury determination and the narrative test in peer reviewed journals.

He served as a member of the HPCSA Appeal Tribunals from 2012 and as chairperson from 2014 to 2016. He has served the Association for the Protection of Road Accident Victims (APRAV) as chairperson of the Solutions Task Team Medical Committee. He completed the UCT/MiM medical negligence and health sector mediation training in January 2016 and has mediated more than 40 medico-legal disputes. He believes in the capacity of the mediation process to resolve conflict by harnessing the power of constructive self-determination of the parties to the dispute. He served the South African Medico Legal Association (SAMLA) as a director from 2005 to 2020, deputy chairperson from 2011 to 2016 and faculty course leader/principal from 2015 to 2020. He has contributed to constructive engagement between SAMLA, Mediation in Motion, Conflict Dynamics, Departments of Health, Medical Protection Society and other stakeholders in addressing the national medical negligence crisis, as well as by developing and promoting medical mediation and transformation. He has led the development of a series of pioneering university-partnered postgraduate multidisciplinary training courses in medico-legal practice. As an honorary life member, he currently serves as the chairperson of the SAMLA-RAF mediation pilot project.

Since the declaration of the Covid-19 “Pandemic”, marked by sudden escalations of Politicization and Authoritarianism in Medicine, and followed by promotion of harmful viral mRNA and DNA Spike Protein Inducing Injectables, he has been compelled by his Hippocratic Oath to put his head above the parapets and speak out publicly in support of the scientific method, rational analysis of data, medical ethics, human rights and justice. Because of the harms to which humanity has been exposed by these errors, he has founded the SA “Vaccine” Injury Medico-Legal Study Group (SAVIMS).