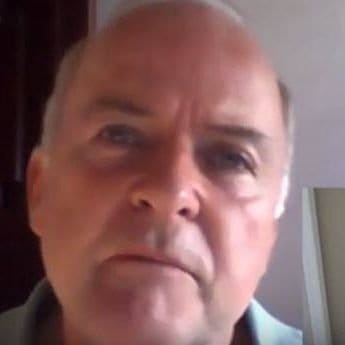 Jim Will portrait The man behind the name Jim Willie has experience in three important fields of statistical practice in the 23 years following completion of a PhD in Statistics at Carnegie Mellon University. He spent time since 2001 in a private consulting firm in Pittsburgh, PA. His work included pharmaceutical and medical claim estimation, stratified sampling for consumer packaged goods market share, training seminars in advanced regression models, and consulting toward various other projects within the firm. In August of 2003, he became a low-cost solution at his firm, and since then has focused exclusively on the US and world economies, financial markets, currencies, and the commodity fields. Gold and energy have been a prime focus.

Jim spent five years at the corporate headquarters of Staples in suburban Boston in the last half of the 1990 decade. Work focused upon forecasting and sales analysis for their retail business, but also for the catalog and internet business. His retail floor labor scheduling program integrated several forecasts across the entire retail chain of over 1000 stores. Retail models, seasonality estimation, marketing effects, price elasticity analysis, all supported either the forecast process or profit margin enhancement. During his time at Staples, the company quadrupled in revenues and store count nationwide.

At Digital Equipment Corporation in suburban Boston, Jim worked for nine years in a unique zero-profit center within the company, one totally dedicated to marketing research on Digital products and the computer industry. Large strategic studies and smaller product studies were completed in the hundreds by a staff of 12. Strategic studies incorporated orthogonal fractional factorial designs, for evaluating various product feature combinations and industry directions. Product studies helped to enhance design and development.All datasets were analyzed exhaustively for useful information on perceptions, preferences, drivers, trends, usage, and demographics. However, extreme errors of judgment by senior executives resulted in the rapid decline in the company, departure of the best and brightest leaders, severe reduction in its workforce, and eventual acquisition by Compaq, then later by Hewlett Packard, which now manages his defined benefit pension. Sadly, many younger people have not even heard of the second largest computer mfg firm behind IBM in the 1980 and 1990 decades.HP took a large portion of Digital’s customer base.

Also at Digital, before the marketing research post, Jim worked for five years as a quality control consultant to the manufacturing organizations. He authored a DEC Engineering Specification which was integrated at all 28 mfg plants worldwide. It streamlined the stress testing of units from the assembly lines, with significant savings from reduced test time.Over a seven-year period, its implementation reduced mfg costs corporate-wide by between $250 and $300 million.Those were days of considerable fat in the US mfg arena, however. A few of his colleagues from Digital days remain trusted friends and analysts.

The Golden Jackass website is designed to inform and instruct in the complex ways of gold, currencies, bonds, interest rates, stocks, commodities, futures, derivatives and the world economy, with no respect shown for inept bankers and economists, whose policies and practices contribute toward the slow motion degradation, if not destruction, of the financial world.

The website provides an ongoing source of excellent articles written by other authors, who make significant contributions to the above mentioned topics, in addition to a collection of news briefs filled with critical data. A minimum of tools are also made available for monitoring charts of important series, such as the USDollar, gold, the CRB index, and the US$ money supply.

For those who wish to pursue a deeper course, with monthly commentary and essays, highlighted by strategic forecasts, combined with potentially profitable mining and energy stock selections, subscription to the HAT TRICK LETTER is offered to members at the cost of a low recurring fee.