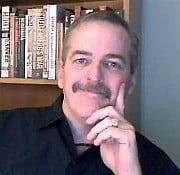 Joseph P. Farrell has a doctorate in patristics from the University of Oxford, and pursues research in physics, alternative history and science, and “strange stuff”. He is the author of the following books in the field of alternative research:

He is currently researching and writing two more books, plus jointly writing a second e-book with Dr. de Hart.