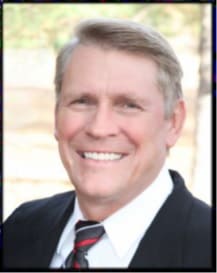 Dr. Kent Hovind taught high school science and math for 15 years before beginning the ministry of Creation Science Evangelism in Pensacola, FL in 1989. His fast paced, highly illustrated and humorous seminars have been translated into over 40 languages. He defends the biblical view that the heaven and earth were created in 6 days about 6,000 years ago. He also defends the Bible as being the inspired, infallible, inerrant Word of the Living God.

He has debated over 100 evolutionists and atheists in various universities around the world. Twenty of these debates as well as his 18 hour seminar series DVDs are available on www.dr.dino.com. He answers questions and has a Bible study on his YouTube Channel “Kent Hovind Official.”

Dr. Hovind was incarcerated from November 2, 2006 to July 2015 after a long and frustrating battle with the IRS. He was sentenced to 10 years for alleged violation of IRS structuring codes in relation to his church ministry. His stand for his beliefs has cost him dearly taking a heavy toll on his health, his marriage and his family. He continues to hope that the case will be overturned and the ministry exonerated of all charges.

While incarcerated Kent wrote 38 books and won countless souls to Christ. Upon his supervised early release he returned to his Creation Science Evangelism Ministry speaking at various gatherings across the United States. He is working to rebuild Dinosaur Adventure Land, a hands on science center, in its new location at 488 Pearl Lane in Repton AL.