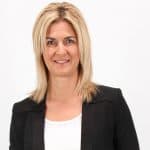 Lana Marconi’s television background includes writing and producing over 50 healthy living TV shows on Rogers TV, Canada as well as independent productions as seen on her YouTube Channel. Her film work includes Directing and Producing two feature length documentaries. In the summer of 2015 she released THE WELLNESS STORY documentary in Niagara Falls, Canada with the support of Mayor Jim Diodati. THE WELLNESS STORY features 29 health professionals, including Dr. John Demartini from THE SECRET MOVIE, that share vital knowledge and skills to help viewers reclaim their health and achieve optimal wellness naturally so they can thrive and live their potential. This fall, on November 21, Lana will be releasing her second documentary called THE RESONANCE, featuring 13 experts in the field of ufology, extraterrestrials and human consciousness. The premiere screening for THE RESONANCE will be held at the JJR MacLeod Auditorium at the University of Toronto in Toronto and includes a globally accessed live web stream of the Q and A with many of the film experts including Hon. Paul Hellyer, former Minister of Canada’s National Defence.

In addition to TV and film productions, Lana has authored several books on healthy living that have, throughout the years, been featured in bookstores such as Chapters and Indigo. One of her stories was included in the Wake Up And Live The Life You Love series with Deepak Chopra and Wayne Dyer which was a Barnes & Noble bestselling book. She has been a published writer in Canada’s Vitality Magazine.

Lana graduated from York University with an Honours B.A. in Psychology as well as a Certificate in Rehabilitation from Seneca College. Her doctorial work is in Energy Medicine and Spiritual Psychology from Dr. Norm Shealy’s Holos University in the U.S.A. where she earned a Ph.D. and Th.D.

Lana is a Certified Life Coach from the Ontario Coaches Federation. She is also a graduate of Acupuncture from the Ontario College of Traditional Chinese Medicine. Given her years of academic accomplishments and clinical experience she is an authority figure when it comes to Alternative Medicine integrating the body, mind and spirit as well as the development of human consciousness.