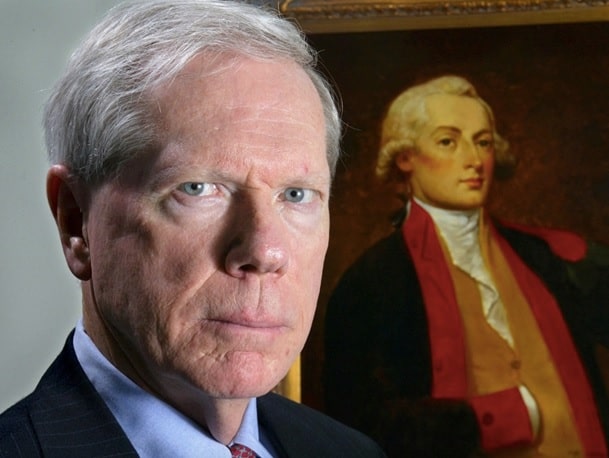 A graduate of the Georgia Institute of Technology and holds a Ph.D. from the University of Virginia. He was a postgraduate at the University of California, Berkeley, and at Merton College, Oxford University. His first scholarly article (Classica et Mediaevalia) was a reformulation of “The Pirenne Thesis.”

From 1975 to 1978, Roberts served on the congressional staff. As economic counsel to Congressman Jack Kemp, he drafted the Kemp-Roth bill (which became the Economic Recovery Tax Act of 1981). He played a leading role in developing bipartisan support for a supply-side economic policy. Due to his influential 1978 article on tax burden for Harper’s, while economic counsel to Senator Orrin Hatch, the Wall Street Journal editor Robert L. Bartley offered him an editorial slot. He wrote for the WSJ until 1980. He was a senior fellow in political economy at the Center for Strategic and International Studies, then part of Georgetown University.

From early 1981 to January 1982, Roberts served as assistant secretary of the treasury for economic policy. President Ronald Reagan and Treasury Secretary Donald Regan credited him with a major role in the Economic Recovery Tax Act of 1981, and he was awarded the Treasury Department’s Meritorious Service Award for “outstanding contributions to the formulation of United States economic policy.”

Roberts resigned in January 1982 to become the first occupant of the William E. Simon Chair for Economic Policy at the Center for Strategic and International Studies, then part of Georgetown University. He held this position until 1993. He went on to write The Supply-Side Revolution (1984), in which he explained the reformulation of macroeconomic theory and policy, which he had helped to develop.

From 1993 to 1996, he was a Distinguished Fellow at the Cato Institute. He also was a Senior Research Fellow at the Hoover Institution.

In The New Color Line (1995), Roberts argued that the Civil Rights Act was subverted by the bureaucrats who applied it. He thought it was being used to create status-based privileges and threatened the equality of the Fourteenth Amendment in whose name it was passed. In The Tyranny of Good Intentions (2000), Roberts documented what he saw as the erosion of the Blackstonian legal principlesthat ensure that law is a shield of the innocent and not a weapon in the hands of government.