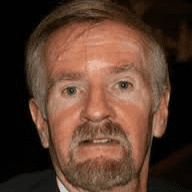 The winner of three first-place Keystone Press Awards, he has written articles for major news outlets, including USA Today, The Wall Street Journal, NewsMax, The Counter-Terrorist, and National Review. Dr. Williams has served as a consultant on organized crime and international terrorism for the FBI; editor/publisher of the Metro (Scranton, PA), and an adjunct professor of theology, humanities, and philosophy at The University of Scranton and Wilkes University. He gained international prominence by exposing the plot of the “Toronto 18” to blow up Parliament and to behead the Prime Minister.