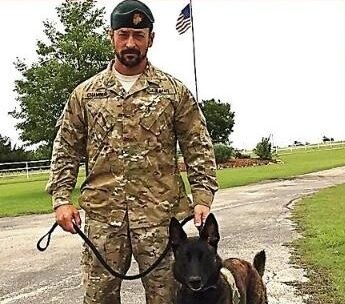 LTC Pete Chambers joined the army in 1983, serving as an infantryman. He has served either Active Duty, the Army Reserves or Army National Guard for a total of 38 years. After his first Honorable Discharge he had a break in service to complete college and medical school. He completed a residency and then worked as an Emergency Medicine physician. He has also worked as a SWAT team medic and operator with his local SWAT task force. After the United States was attacked on 9/11, he returned to the US Army Special Forces.

He is a graduate of the Special Forces Qualification Course, earning the Green Beret. He has multiple combat deployments overseas to include Iraq, Afghanistan, Africa and the Levant to include deployments as a Special Forces
Commander and a Flight Surgeon. He has hosted Congressional Delegations, conducted real world operations fostering interagency cooperation, and has briefed multiple members of Congress in DC, to include the Former Speaker of the House.

His last overseas deployment was as Task Force Surgeon, in support of Special Operations in Africa, where he was responsible for evacuation planning and execution on an area nearly 1000 miles across, was completed in January of
2020. He is a member of a Special Operations Detachment in the Texas National Guard. His last two Stateside deployments in Texas were as a liaison to Governor Gregg Abbott’s TASK FORCE during the Texas COVID response (MARCH – AUGUST 2020) and most recently he deployed to the border of South Texas on Operation
Lone Star as a Surgeon and as a Special Forces liaison to DHS, DOJ, Local LE and Texas DPS (MARCH – DECEMBER 2021).

Until recently he has remained off the grid and has only recently joined forces with America’s Frontline Doctors to provide fidelity on safety issues regarding vaccinations and our aviators, both civilian and military as well as the members of our special operations forces. He has a passion for these Americans and for safety regarding the vaccine, as he himself is currently undergoing medical treatment for a severe adverse reaction to the vaccine.

With regard to COVID vaccinations in the military, he like countless others, trusted the DoD’s vaccination policy to be safe and effective until March of 2021 when he noted numerous ominous signs and adverse reactions being reported.
He is currently in a Medical Board process to exit the military after a serious adverse reaction to the Modern COVID mRNA shot which was required to deploy to the border.

He has been awarded the Purple Heart, the Bronze Star Medal, the Meritorious Service Medal, the Combat Medical
Badge and Flight Surgeon Badge.