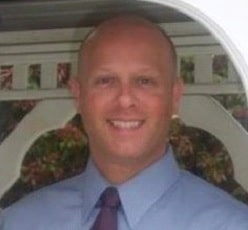 Dr. Lawrence graduated with honors from Palmer Chiropractic University in 1994. After working as an associate in several clinics and as a special procedure technician at North Austin Medical Center, he ventured out on his own and built a successful clinic in the north Austin area. He specialized in personal injury and was able to retire in 2012. Dr. Lawrence has a love for delving into the sciences, Scripture, and logic, as well as for helping people with their physical and spiritual health. Driven by his passion and the knowledge gained from his journey, he wrote his first book, Origins. The core tenet of this book is to use science and Scripture to support a plain reading of the Genesis creation and global flood accounts. The impetus for writing his book emerged while he was treating his patients. The topic of discussion with them often ventured away from healthcare and into the realm of the science of creation and evolution. Several of his patients told him he should write down these hypotheses. One day, Dr. Lawrence pondered the notion and made a deal with God. The deal was that if God wanted him to write the book, then God would have to sell the clinic. In less than a week, an offer came in from a doctor who declared he would take the clinic. After selling his clinic, Dr. Lawrence placed his doctor’s license and real estate license on inactive status and began writing his first book. Dr. Lawrence often talks with college students on college campuses about his book and the science behind creation. The responses have been positive, despite reaching a community steeped in evolution. Many have changed their paradigm as to the origin of matter, space, time, and life and have come to believe (a) that there is a God and (b) that the Bible’s creation account is true. Since Dr. Lawrence is an evangelist, he donates free copies of his book to students after talking with them. His goal is to eventually teach the science and Scriptures that support the Genesis creation record and the global flood at the university level. Also, he wishes to debate leading evolutionists in an effort to show others the truth of the Bible and the flaws with evolution.