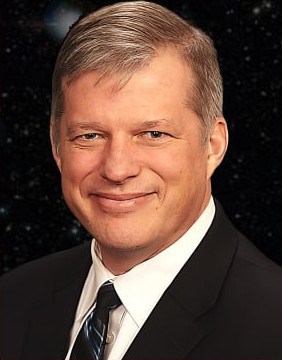 Erick G. Kaardal is an attorney in private practice specializing in governmental relations as well as a special counsel for the Thomas More Society specializing in pro-life, family values, and election integrity cases through our Vote Legal Initiative. He is a litigator with trial practice who is admitted in Minnesota, Wisconsin, the U.S. Supreme Court, and various U.S. federal district courts and appeals courts.

After college, Mr. Kaardal attended the University of Chicago Law School where he met his future wife Alison Scott. He graduated from the University of Chicago Law School in 1992. After law school, Mr. Kaardal started as an associate lawyer with the law firm of Faegre & Benson in Minneapolis. In 1994, he joined a Minnetonka, Minnesota law firm of Trimble & Associates, Ltd. In 2000, he joined William F. Mohrman to form the law firm called Mohrman & Kaardal, P.A.

For many years, Mr. Kaardal, along with others at the firm, have focused on gaining experience by participating in over two hundred public law cases representing parties opposed to the government, government agencies and government bureaucrats. These cases have involved participation in about one hundred appeals in federal court, state court and agency proceedings. Mr. Kaardal has represented parties at hundreds of hearings opposed to governmental defendants in federal, state court and agency proceedings. Two of these cases have resulted in significant U.S. Supreme Court victories: Republican Party of Minnesota v. White (2002) and Minnesota Voters Alliance v. Mansky (2018).

On June 12, in Bloomington, Minnesota, Life Legal Defense Foundation presented Mr. Kaardal with the prestigious “Defender of Life” Award for his work with the Thomas More Society as Special Counsel. Mr. Kaardal was recognized for his litigation efforts on behalf of citizens against the government in the subject area of abortion.

Mr. Kaardal is a lawyer with a general approach attempting to protect his client’s interests. He attempts to identify and effectively resolve any of his clients’ legal problems. He works to apply his knowledge and experience in effective ways for his clients.

Mr. Kaardal served about 10 years as a field artillery officer in the Illinois Army National Guard, U.S. Army Reserves and Minnesota Army National Guard before retiring as a Captain. Mr. Kaardal is a past Secretary/Treasurer of the Republican Party of Minnesota, past Chairman of the John Adams Society and an Advisory Board Member of the Minnesota Chapter of the Federalist Society. He has also been recognized by the Institute for Justice for an Outstanding Contribution to the Cause of Liberty. Mr. Kaardal and Alison Scott married in 1992. They have eight children. The oldest child Samuel graduated from Boston University and was commissioned a Second Lieutenant in the U.S. Army in May of 2017. The rest of the family resides in St. Paul and are members of the Church of St. Mark.