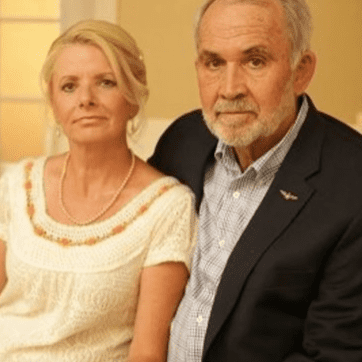 Retired from Air National Guardon 22 June, 1993 with final F16 flight on Pearl Harbor Day, 1992. Refused to serve under William Jefferson Clinton per information given by General Hunter H. Harris IV USAF who had secured my appointment to Annapolis.

On December 10, 2006, Field McConnell reported the illegal modification on Boeing aircraft to the Federal Aviation Administration (FAA), Northwest Airlines, Federal Bureau of Investigation (FBI), NORAD and the USNA Superintendent. Shortly thereafter, Northwest Airlines, compelled by the United States Department of Justice (USDoJ), silenced Field McConnell, due to his inadvertent reopening of a safety issue closed in the June, 2006 settlement of a $615 million settlement paid by Boeing to the United States Department of Justice (USDOJ).

Field McConnell filed Civil Case 3:07-cv-24 at the District Court, District of North Dakota on the 27th of February, 2007. The case is titled ‘FIELD MCCONNELL v. ALPA and BOEING’. Boeing admitted on March 3, 2007 the existence of the Boeing Uninterruptible Autopilot. To date, 9 February, 2012, Airline Pilots Association (ALPA) has suppressed this information.

During pendency of my warning to the FAA, ALPA, FBI, DoD and NoRAD, the following flights have been lost consistent with Field McConnell’s warnings:

Four other flights were “electronically tampered” with including the following flights:

Field McConnell still retains that front page of that newspaper; and on page A5 dated September 12, 2001, the headline read: “Our Nation Saw Evil”, with a photograph of the rubble at the WTC complex, President George Bush, Osama bin Laden and Field McConnell.

This demonstrated clearly that Field McConnell was sought out as an “expert” on 9-11. The newspaper knew that Field McConnell had flown with and retired from the North Dakota Air National Guard as a Lieutenant Colonel after having flown sixteen years with them in the F4 Phantom and F16 Falcon fighters.

Field McConnell’s interest has remained very high as his college classmate (USNA ’71) was the Captain on American Airlines Flight 77, which was vaporized over the Atlantic forty-five minutes prior to the unmanned aerial vehicle that killed another United States Naval Academy alumni, Captain Gerald ‘Fish’ DeConto, whose window in Wedge One of the Pentagon the object flew into. Field McConnell felt strongly that the attack on September 11, 2001 was an inside job; and by September 12, 2001, he knew with a moderate degree of certainty that it, in fact, was precisely that.

How? The Fargo Forum reported three F16s had scrambled off of Langley Air Force Base. Bingo, end of charade, now it was time for Field McConnell to do some research. Field McConnell knew from his years of fighter pilot experience, the only way three fighters would have scrambled was if it was known they would be needed. Otherwise, never in history, to his knowledge would have three pilots ever been sitting alert. There usually are three jets (one a maintenance spare) but no spare pilot.

Both Field McConnell and David Hawkins, have “learning abilities” in that they can process information differently than most people. Even though David Hawkins was a brilliant scholar and Field McConnell was a “lackluster student”, they have complementary skill sets including:

In the warnings, Field McConnell alleged that his study of September 11, 2001 lead him to believe that at least 108 Boeing airliners were in service that had been modified with QRS11 GyroChips (electronic hijack) and “something more sinister”. There was no interest from any quarter. On January 1, 2007, Adam Air 574 was vaporized in Indonesia in a manner exactly like Field McConnell had relayed as a threat.

In discussing this investigation with Field McConnell’s sister, who served as number three to Janet Reno’s number one at the Department of Justice (DOJ), when she knew she couldn’t get Field McConnell off the trail, she suggested Field McConnell contact FBI Director Robert S. Mueller. Field McConnell then requested a face-to-face ASAP meeting in the interest of preventing a second 9-11. There was no reply.

Field McConnell’s trust level of and working his relationship with David Hawkins is so mature that four days after “joint research” began, Field McConnell put a mark on his forehead as anyone who knows who is at the top of this evidence trail would clearly understand who Field McConnell and David Hawkins are indicting. Further, when Field McConnell filed the civil RICO suit, he put a more powerful target on his life because, among others, he alleges that the 50 member board of directors of Boeing, as well as 50 more “household names” will be called in this trial. One of the big names ran for president, and “She’s In to Win”; and another household name won an Oscar for “A Convenient Lie”.

David Hawkins and Field McConnell have worked every day since December 6, 2006 and as of December 23, 2007, they both agree that their information is sufficient to prove “Wrongful Death” (6000+ cases) that allowed Field McConnell to file the suit as soon as his twenty-four year-old old son arrived safely in Iraq, ironically on a Boeing.

If David Hawkins and Field McConnell can solve 9-11 in five and a half years, what have the Federal Bureau of Investigation and Central Intelligence Agency and the national Security Agency been doing with tax dollars?

The US Intelligence community has been totally inerted by Tomoye in Quebec and McConnell in Washington DC. Interestingly enough, their Washington offices are within one block of each other on same street. Perhaps their cells will be on the same cellblock soon.