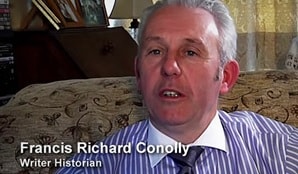 – Everything Is A Rich Man’s Trick

I was born 1957 in Wallsend, Northumberland, which is so-called because it really is where the Emperor Hadrian’s Roman Wall, the one built to keep the Scots out  ( or Picts ) ends,  and I think this was how my love of History began.  At school I was known for being the best at English and Art and could draw and paint much better than my Teachers when I was five – not that they ever encouraged me!

In senior school I was considered too much trouble and was sent away to the Tyne Valley where I developed an interest in Photography to compliment my Art.  This was the start of me telling stories with pictures.

Despite being the smallest and skinniest I was one of the best Athletes and took up playing Squash just as I was leaving school.  It isn’t a well-known sport in America ( Scott Teeters was somewhat befuddled by this detail during his excellent introduction on Far Out Radio )  but it gave me a day-job profession and led to my becoming a Teacher at the very posh and expensive St Peter’s School in York, where Richard Branson was educated.

At University I studied fine Art and Film and made my first Documentaries and wrote my first scripts.

My professional breakthrough came as a result of plagiarism.  I sent a couple of scripts to Paramount using the open-door submissions policy which Star Trek used to operate because I couldn’t get an agent.  They ripped-off both of them without paying me a penny.  I flew to Hollywood and tried to confront them about this and wound up being given a pitch meeting with Andre Bormanis who was the Star Trek Editor at that time.  I had to conduct the meeting by telephone from my bedroom at 3 0’clock in the morning, then had to get up at six to go and Teach in Harrogate.  Bormanis wanted to use my material on the show and his liaison told me I gave the best pitch ever;  but this couldn’t save me from the Paramount Lawyer Shannon Johnson,  who put a stop to the whole process because after the plagiarism she felt that in a legal sense I was too dangerous to deal with.

I told the whole sad story to the BBC and they gave me my first professional writing commission, which was a play called “Funny How We Don’t Talk Anymore”.

Not long after this success the Twin Towers fell down in suspicious circumstances and since then I have been trying to tell the whole world what that day was really all about.