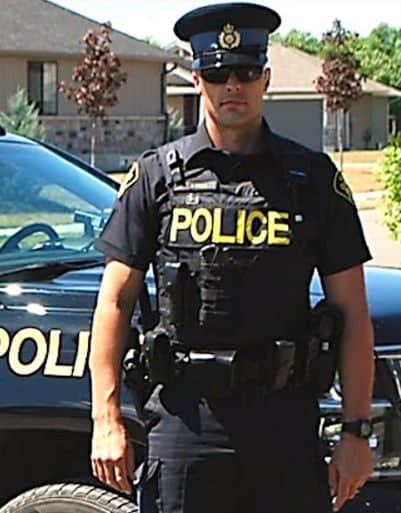 An honorary Texan and a proud alumnus of the Laredo Bucks professional hockey team. Gabe is now a law man who works within the criminal justice system. As an Ontario Provincial police officer, (much like a state trooper) he has taken an Oath. As a former Canadian Forces member, he has taken an oath. And as an ex- pro hockey player he’s given and taken more than a few; hits, punches, slap-shots, stitches and cuts, he’s even spent some time in the penalty box, but never like this before. This time he’s the one blowing the whistle not the referee.