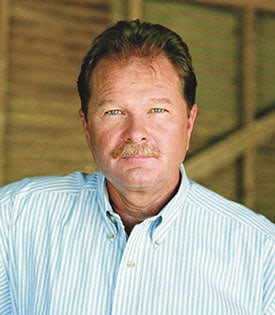 PRODUCER and CO-WRITER Gary Heavin, along with wife Diane, co-founded Curves, Inc. in Harlingen, Texas back 1992.

Curve’s grew to become the largest fitness franchise in the world according to the Guinness World Records. In 2004, Ernst & Young named Heavin Entrepreneur of the Year. Gary Heavin sits on the board of Curves, International and is the chairman of the board of Jenny Craig. As a staunch Conservative Christian, Gary focuses on relief work efforts in other countries.

Piloting physicians and Conservative leaders into Haiti after the devastating earthquake; flying food, missionaries, and physicians into Central America, and opening an orphanage in Mumbai. In 2011, the door opened up for Gary and wife, Diane to produce Christian films.

Heavin produced Mission Air, a film depicting a medical drop-operation much like his real-life passion. AmeriGEDDON is another life-meets-art passion project focusing on his heartfelt views of American Exceptionalism and the Constitution. Teaming up with Mike Norris, the Heavins’ co-founded Forewarned Films, LLC, the production company for AmeriGEDDON. Gary regularly appears on tv and radio promoting his charity work and as an outspoken advocate for Conservative Christian causes.