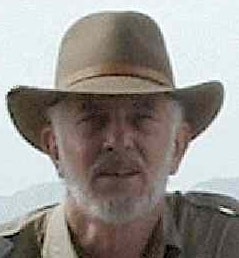 Gary Hunt was a Professional Land Surveyor. Having been the County Surveyor for Orange County, Florida from 1974 to 1978, he began private practice in 1978 and continued as such until 1993, when events in Waco, Texas caused him to leave his business in pursuit of restoring the Constitution.

In 1989, he began researching, investigating and studying history, law and events where the government was “pointing it’s guns in the wrong direction”. He began publishing a patriot newspaper, “Outpost of Freedom”, in February 1993.

Since that time, he has investigated numerous occurrences, including, Waco, the Murder of Michael Hill, Ohio Militia Chaplain, Oklahoma City Bombing, and other events. He has attended the sites to investigate the events, and has reported on his investigations.
He has continued to report on his findings on the Internet, as well as write articles about other current events; about the history of the Revolutionary era; and the founding documents.