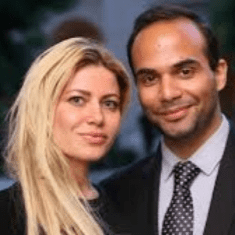 Deep State Target: How I Got Caught in the Crosshairs of the Plot to Bring Down President Trump

George Papadopoulos was born August 19, 1987 at Swedish Covenant Hospital in Chicago, Illinois, to Greek immigrants originally from Thessaloniki. His father, Antonis, was heavily involved in the local politics of the Greek-American community and is the former president of the Pan-Macedonian Union of the United States.

Goerge is currently promoting his new book that gives readers a direct perspective on what the last two years have been like and he is participating in a docuseries.