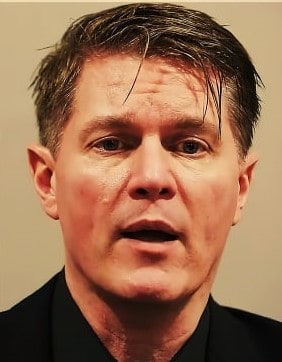 ‘From Queer to Christ’

George Carneal grew up in the ’70s, raised by a Southern Baptist minister in the ultra-conservative Bible belt. For years he struggled with his Christian faith and a same-sex attraction. George shares his painful journey through a secular world at odds with homosexuality, in addition to a religious world that is hostile to homosexuals. Perhaps sharing his journey through the eyes, and mind, of a confused child dealing with a same-sex attraction will give some insight into the pain and difficulty of navigating these two worlds.

George would eventually spend 25 years immersed in the homosexual lifestyle (mostly in the Los Angeles club scene) and shares the pitfalls of that life. His story is not about glamorizing a life he once lived. This is merely his journey and what he learned along the way. Deliverance is possible. There is hope in Christ.

George is a frequent speaker at churches and conferences, has worked with pastors who are struggling with how to address this issue, and has appeared on broadcasts including the Christian Television Network – Homekeepers program, World Net Daily, Stand In The Gap Today (American Pastors Network), Janet Mefferd Live, Christian Life Magazine 99.3 FM, Focus Today with Perry Atkinson (TheDoveTV), News & Views with Gregory Howard, Soaring Eagle Radio, etc., as well as contributing quotes to online articles for LifeSite News and The Christian Post.