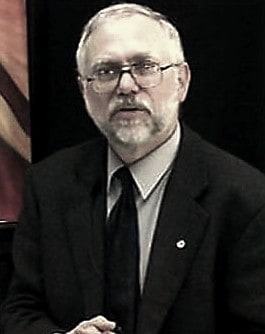 George Fruend is not your average ex-cop. As a one who took the all-important oath of law enforcement, and as a special constable, he dutifully served and protected the grounds, the students, and the faculty at The University of Toronto. His parallel penchant for higher learning and advanced scholarly studies of conspiracy analysis is quite self-evident, as you will come to see. Some of his revelations have prompted cause for some of his fellow supposed oath takers to point a gun at him, more than once.

As the founder of The Conspiracy Café podcast and a host of the Power Hour, he is quite the engaging barista, serving up a bold blend of fresh facts, hot stories, and conspiracy caffeine that helps even the sleepiest of people wake up. He has no problem calling out the names of the suspects, loudly and repeatedly when it’s time for the truth to be served, and refills are free.

If you have recently felt that you are in a hybrid parallel universe, somewhere between a North Korean prison, The Twilight Zone, and a Covid doomsday cult, there’s a good reason for it. There actually are people trying to lull us into that state using media sorcery and a purely evil agenda. Today, the Kool-Aid being served is coming from some big pharma providers.

Those who have been coerced to ladle it out are your own elected officials, mass media, and even our own doctors. Some of them have even been caught saying “I just read whatever they hand me”, but why are we surprised? That is simply the truth about the lies… And who are “they” anyway?