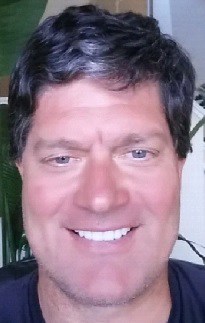 Establishment by speaking out.In what has ostensibly become the largest crowd-sourced investigation in history, accidental journalist George Webb is leading the charge in an ongoing project that ties together the people, places and events of endemic corruption across federal, state and local agencies in his 4-month-old YouTube investigative series. Now boasting more than 22K Subscribers with an estimated 2M views, the series is perfectly illustrative of the shifting paradigm in modern day news coverage. And while citizen journalism certainly isn’t a new phenomenon, never before have individuals had a platform with such expansive reach whereby their work can be shared, vetted and further developed in real time. Almost as important is that these individuals who were once defamed, harassed and isolated into silence now have vast online communities to support them, validate and refine their work, and provide a venue for exposing the vast penalties harshly visited upon those who dare defy the

A career techie who happened to stumble across a drug operation run by local law enforcement about ten years ago, Webb attempted to report what he knew to the proper authorities, as any conscientious member of a community would. However, the unsuspecting Webb discovered that by doing so he became the target of systematic low-grade harassment and intimidation. A few years later when the FBI began setting up Joint Terrorism Task Forces (JTTF) across the country under the auspices of current Deputy Attorney General Andrew McCabe, Webb’s hometown became a nexus of controversy when it initially refused the agency. Months of protest ensued and a young Somalian man was named as the mastermind behind a bomb plot. The circumstances, however, seemed to unveil an unsuccessful jihadist recruitment psy-op by U.S. ‘Intel,’ based on historical evidence of such activity reported by journalists and retired law enforcement officers, such as the late FBI Director Ted Gunderson. This pattern also lined up directly with Webb’s now-personal experience. In a final turn of events, Ed Snowden’s groundbreaking leak of National Security Agency (NSA) documents drew Webb’s attention, but also an escalation of harassment for speaking out in support of Snowden. It was at this point in 2013 that Webb decided to commit himself full time to exposing corruption.

Webb’s current investigation began with the July 2016 Wikileaks release of John Podesta’s emails in which former Clinton Foundation CEO Eric Braverman is fingered as the whistleblower and of whom, Podesta remarks in one of his emails that he was ‘definitely for making an example of the suspected leaker whether or not we have any real basis for it.’ Knowing the scenario Braverman was likely to face as the source for a leak of such enormous consequence, Webb began digging deeper online into the former foundation CEO’s story. Over the coming months, Webb began piecing together a vast global network of elected and appointed officials, Federal, State and local law enforcement, and powerful corporate interests that collude to strip nations of their resources exploiting taxpayer funds to do so. His research details a strategy and action plan used by this network to destabilize then undermine governments to serve the interests of those who profit most from ongoing war and devastation.