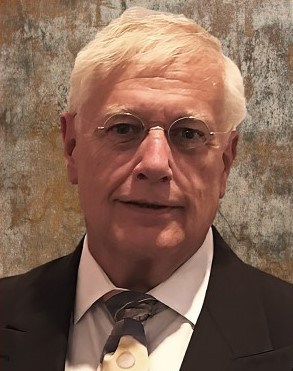 Gordon Duff is one of a very small group of working defense and intelligence industry leaders who advocate for world peace. In 1970, Duff became a founding member of Vets for Peace and the Vietnam Veterans Against the War and was active in anti-war efforts that led to the end of the Vietnam War.

Prior to entering the military, Duff worked for the campaign of Robert Kennedy.

Gordon Duff is Senior Editor and Chairman of the Board of Veterans Today, the world’s largest military publication. His fifteen years at “VT” have seen that publication grow into a “must read daily” for military, political and intelligence specialists around the world.

Behind “VT” is Adamus Defense Group including the world’s largest private intelligence group and partner companies that control key cutting-edge technologies in ISR (Intelligence/Surveillance/Reconnaissance) sectors. Gordon Duff is Managing Director of the Adamus parent company whose advisory board includes a blue-ribbon array of security industry figures.

Publications: Duff writes for Veterans Today and New Eastern Outlook, Moscow.  He is a regular commentator on radio and television networks around the world and his writings are published in over a dozen languages.

Duff has been featured in over 80 documentary films.

Duff’s written works in Russia, over 400 papers published by the Russian Academy of Science are read by millions and used by universities to teach advanced courses in English.

Duff’s recorded lectures on the History of the Cold War are used by US agencies to train counter-intelligence personnel.

Advisory Capacity: Both informally and professionally, Duff advised governments in the Europe, the Middle East and Africa and has personal relationships with many if not most of the military and intelligence leaders of over two dozen nations.

Duff served in Vietnam as a United States Marine, leaving active duty in 1970 as a non-commissioned officer in a special operations combat unit.  He is a decorated combat veteran and in good standing.

Educationally, Duff has extensive post graduate work in diplomacy and foreign relations under the direct supervision of noted academics such as James R. Hooker, Paul Varg, Harold Marcus, Walter Gourlay and others.

Duff holds degrees in Electrical Engineering, a Master’s in Business Administration and a Master’s Degree in History and Foreign Policy.

His nearly 50+ year work experience includes two decades of defense and intelligence contracting and extensive background in international banking in oil and gas and currencies.

In 2005, he was nominated to serve as Envoy Extraordinary for the Institute d’ laVie, in Special Consultative Relationship with the United Nations, a diplomatic post. In that capacity, he served in Africa and the Middle East in areas of refugee issues and human trafficking.

In 2014, Duff, as board member and Chief of Security for the Keshe Foundation,  joined a team including Italy’s Carabinieri special counter terrorism police, investigating a vehicular homicide related to terrorist incident involving suspected members of al Qaeda. There he worked with Virtual Crash software under Budapest based Eng. Sandor Kakasi, an experienced programmer/developer with Kudlich-Slibor simulation modeling.

Duff has served as a team leader or team member in investigations of terror related aircraft incidents and is trained in the area of nuclear/biological and chemical weapons investigation. In this capacity he has worked inside, among others, Syria, Lebanon, Iraq and Yemen.

In 2022, Duff was nominated for a Nobel Peace Prize (yes…a real nomination)