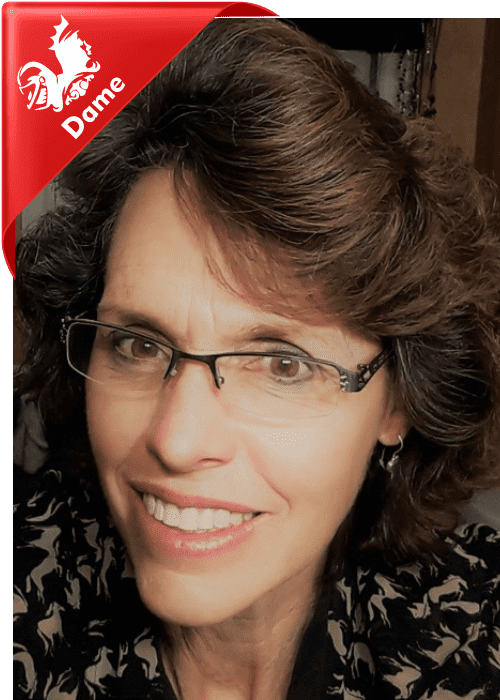 Farmer, Rancher, Entrepreneur and teacher by day, historian and author by night, Gretchen Wollert dares to present her first comparative biography on two seemingly polar opposite American icons, Lincoln & Trump. Degrees in English and History, with professional expertise in Education complement an extended, in-depth study in the School of Hard Work.

Extremely active in life and always one to try new things, she is a forever fan of freedom and the benefits of American history. Gretchen lives and works with husband Mike in their recently empty nest just off the beaten path in southeast Wyoming.

Farmer, teacher, entrepreneur, author, Gretchen Wollert presents her first book, Born To Fight: Lincoln and Trump, a comparative biography on two American Presidents: Abraham Lincoln and Donald J. Trump. Wollert developed a fascination for Abraham Lincoln, also from her native Kentucky during college where she earned double degrees in English and American History. Wollert says family, faith, love of her country and the American spirit of freedom keep her inspired She lives and works with husband Mike in their recently empty nest just off the beaten path in southeast Wyoming on their family ranch.

Gretchen, please share a little of your backstory and what inspired your fascination with American history?

GW: I was born and raised in Louisville, Kentucky to a conservative family; my faith kept me honest and humble. I was always an avid reader with a book in hand, and writing was always an expression of my creativity. My love for history really emerged during my sophomore year in college when my professors brought our nation’s struggles to life. This intensified my desire to continue studies in history, especially American history.

What was the book that you enjoyed most on this topic and why?

GW: William H. Herndon’s two-volume book, Abraham Lincoln: The True Story of a Great Life, was written by the one man who had known Abraham Lincoln longer than any other soul. Herndon was Lincoln’s longtime law partner and a trusted friend until the day of Lincoln’s death. His book is an unbiased and authentic revelation of the 16th president from a deeply committed and honest perspective.

BORN TO FIGHT is your first book. What inspired you to focus on this topic?

GW: I am a historian and educator. During this recent administration, I became fascinated by the similarities between Abraham Lincoln and Donald Trump. As you may know, President Trump has compared himself to Lincoln. He’s not far off. I committed close to four years researching these two presidents to write this book and I tackled my research with the goal to dig deeper into what shaped each man’s character, from family to personality styles to successes and failures.

Here are five things that stood out as I researched further.
1. Both won through the Electoral College despite not receiving the popular vote.
2. Both had independent streaks in their leadership styles and has charismatic personalities
3. Both were masters at deflecting media critics
4. Both led the country during divisive times
5. Both were family men who had young sons growing up in the White House

What other similarities did you uncover in each president in terms of character?

GW: There were many. I had to prioritize just to keep the book to a reasonable length. Some examples:

· Extreme and unassailable confidence.
· They both were original showmen as demonstrated when communicating to the masses.
· Leadership and problem-solving styles embraced a try and see method.
· A forge ahead and keep moving approach to battles.
· A natural and sincere connection to the common person.
· Decisive and determined stubbornness with a clear “never give up” attitude.

What is your intent writing Born To Fight?

GW: President Trump spent his administration fighting ceaselessly on the home front a relentless opposition, not unlike Lincoln’s battles (literally) against an American opposition-the south’s efforts to secede. While he has his detractors, President Trump also has amassed a loyal following for standing his ground on issues he cares about. He deserves more appreciation than he has received, and we owe him an honest and objective assessment of his presidential term and its effect on our nation.

What do you want your readers to take away from reading the book?

GW: I want to offer my readers a deeper appreciation of history, what we can learn from the past, and apply what happened then to the current events of today and the politics of our times. I hope readers will develop a deeper appreciation for both Lincoln and Trump as American patriots and successful presidents in divisive and trying times.