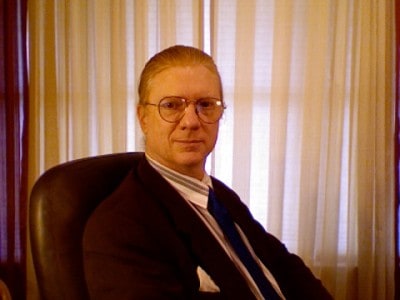 Born in Dallas. Grew up in Austin.

First job – Special Page for the Clerk of the Texas House of Representatives. Age 11 (There was a group of us who all were going to do this, and the lesson is that there are a lot of people with goals who don’t put any action into achieving them, for whatever reason. Of that group of friends of about six of us, only one actually put the plan into operation.)

Second Job – Asst. Sgt at Arms, Texas Senate. This is the job experience that got me going into the area of “tax.” I knew about age 7 that I’d be a lawyer. It was this job experience that directed that toward “tax.” The letter into the office in which I was assisting that day boils down to this: “If the income tax system is voluntary, why do people lose their homes and go to jail for not volunteering?”

It’d be 15 years later, two undergraduate degrees, the law degree, and a few years practice before I’d have an answer to that question. The answer is along this line: people don’t (yet) understand how/where they do “volunteer.” (Beyond that, it’s a difficult topic to get into in a radio program. Used to talk about it openly, but the listeners didn’t understand that they needed to ditch (bury) all of what they thought they knew and then start from scratch. Trying to “add-on” the reality to their current perspective was (always) a disaster. So, I just stopped talking “tax” in any circumstance other than the tuition-paid private teaching circumstance.)

Career change (back) to computer programming. I had done a couple of NASA Space Shuttle projects during and just after college. My contribution was mostly machine-level programming. Getting tired of being the only one in the court room that cared about the facts and the law in the matter, I did some techie stuff in there for a couple of years. Mainframe then client server. Certified in Java and Oracle. Did Visual Basic work and teaching. Taught Java in the junior college for a semester. Got back into the law with The Terre Haute Litigation.

Resigned the formal license effective May, 2003, when, upon completion of We, The Posterity: Voluntary Bondage, it was 100% unmistakably clear that I had taken an oath to support a system that existed to deny and defy God, and which was, fundamentally, a total scam on/against the people.