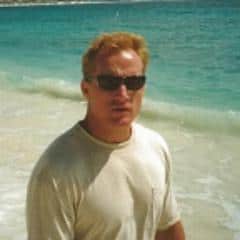 Henry Vinson was born in 1960 in South Williamson, Kentucky. He graduated from Williamson High School in 1979, and, after attending South West Virginia Community College, he enrolled in the Cincinnati College of Mortuary Science. In 1982, he was appointed the Coroner for Mingo County, West Virginia. Four years later, he became a funeral director for W. W. Chambers Funeral Home in Washington, DC. After his stint at W. W. Chambers Funeral Home, he owned and operated the largest gay escort service ever uncovered in Washington, DC at the age of 26.

In 2007, Mr. Vinson received a Masters in Integrated Marketing Communications from West Virginia University, and today he is a successful entrepreneur who lives in Cincinnati, Ohio.