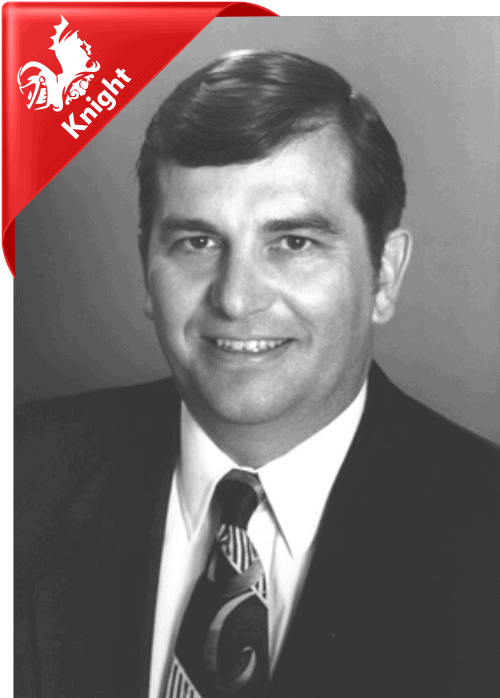 Hugo Feugen has been a successful CEO or President of three different aviation and simulation-related companies.

Mr. Feugen was CEO of BAO, Ltd., the Champaign, Illinois-based developer of Microsoft Flight Simulator, the most popular computer entertainment software title ever, which has sold many millions of copies. Under his leadership, BAO continued to lead the PC simulation world with cutting-edge developments across all major simulation areas, including graphics, databases, aerodynamic flight modeling, user interaction and education. In addition to the Flight Simulator, BAO in 1994 also developed Microsoft Space Simulator, an accurate-to-one-meter-resolution-across-4.2-billion-light-year simulation employing a broad range of vehicles, from aerodynamic to interstellar, all using proper physics.

Under its own label, BAO developed “TOWER,” a voice-recognition-based simulation of the interaction between dozens of air and ground vehicles with controllers in airport tower cabs. The multimedia experience of TOWER integrates 360-degree photo-realistic airport depictions and computer generated aircraft in accurate livery and detail. The sophisticated voice-recognition phraseology for pilot-controller communication is taken directly from FAA 7110 documents. Under the banner of Aviation Simulations, Inc. professional versions of the TOWER simulation were sold to the FAA and Transport Canada.

Mr. Feugen was the instigator of the first consumer product set to integrate large tracts of Landsat data, replete with digital terrain elevation, into $40-a-box software. Together, the five products of San Francisco, Las Vegas, Washington, D.C., Paris, and New York sold over 500,000 units—volumes previously unheard-of among so-called “add-on” products, a largely unknown concept itself, before being popularized by Flight Simulator-related products.

At BAO, Mr. Feugen was the primary software designer of a PC desktop trainer which won and completed a US Navy SBIR Phase I with the Naval Air Warfare Center, to help the Navy train aviators aspects of judgment while otherwise flying naval aircraft. That training was credited with saving a real-life carrier-based helicopter.

During his seven-year tenure as CEO, Mr. Feugen brought BAO, Ltd. from six employees to nearly 40, and as principal negotiator, successfully consummated that company’s sale to Microsoft. In a January 16, 1995 Business Week article, Microsoft  Chairman Bill Gates called the Flight Simulator relationship with BAO “the most successful collaboration with a software publisher the industry has ever seen.”

Mr. Feugen has logged over 2500 hours of flight experience, and over 450 hours as a Certificated Instrument Flight Instructor (CFII). Mr. Feugen holds a Single Engine Land and Multi-Engine Land certificate, Class II medical, as well as a Repairman Certificate for his experimental Lancair 320, which he has been flying for more than twenty-six years.  For eight years Mr. Feugen served as Safety Officer of the EngineAires Aero Club, a group of thirty pilots that together own three Piper Archer II’s (fourplace,180-horsepower, single engine reciprocating, propeller-driven aircraft).

Mr. Feugen is also the original developer of “Flight Lessons” within Microsoft Flight Simulator. Through his “virtual tutelage,” hundreds of thousands (if not millions) of would-be and actual pilots have honed their flying and  instrument skills. Hence, prior to 1998 at least, more time had been spent by pilots (both real and virtual) learning and practicing their skill from Mr. Feugen’s flight lessons than from the guidance of any other single instructor in the world.

Mr. Feugen was also President of Aviation Simulations, Inc. (ASI), which developed a professional air traffic control tower simulation, largely of Mr. Feugen’s design, which was successfully bid and procured by the Federal Aviation Administration with a simulation of Chicago’s O’Hare Field, and also sold to Transport Canada, Canada’s aviation administration. As part of the overall transaction to sell BAO, Ltd., which was part owner in ASI, BAO’s interest in ASI was sold to Wesson International of Austin, Texas. Those assets are currently with Adacel, Inc., which later had revenues in excess of $57 million, largely for sales of their ATC Tower simulations.

For three years, Mr. Feugen was President of Cybernet Systems, Inc. in Ann Arbor, Michigan, overseeing that company’s growth from 24 to 75 employees. Cybernet has been a leading government contractor in the area of robotics and haptics for many years.  Before resigning, Mr. Feugen oversaw as Principal Investigator a Phase I SBIR “Commercial Game Development Using High Level Architecture”.

Mr. Feugen has been an invited speaker at several aviation safety seminars, often to speak about the Global Positioning System, among other topics.