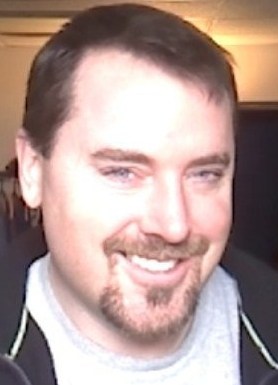 J.P. has been working on the internet since before it existed publicly. Smart kid that was building PC’s & websites at the age of 12, was in R.O.T.C., graduated high school. early, and was an exchange student near Frankfort Germany.

J.P. Clooney is the CEO of CRISP, Inc, a computer security business that he developed from beta to successful over a 20 year period.

He also burned the midnight oil as a Government I.T. Contractor working for Senator Mark Miller (D- Wisconsin). It was while working for Senator Miller that he first discovered how prevelant the software applications sold to the American people as tools to fight the War on Terror were really tools to put liberty in a cage.

There was little question of this when J.P. discovered that Senator Miller was himself under illegal surveillance. More on that later.

Our guest ultimately got out of the rat race, became more spiritual, lived off the grid, and chose a monastic lifestyle. He worked in a non-denotation Christian Church for 10 years, and simultaneously learned about out of body experiences by his mentor Mr. Anderson.

JP. also trained under Major Ed Dames (CIA), as a professional Coordinated Remote Viewer. Briefed on the Kill shot in 2012, and he joins us today with a theory about a “blank spot in the future”

Mr Clooney was a Professor of Music (Percussion Instruments) at University of Wisconsin, and plays Celtic drums professionally on stage.

NOTES on Mr Anderson: He was a ex-marine who served in World War Two and was a member of the first unit on the beach in 1946, after the nuclear explosion of the “fat man” over Nakasaki in 1945. J.P notes that many pioneers of remote viewing applicatiosn in the United States intelligence Community were ham n eggs, no nonsense combat veterans, not leftist recruits from liberal univestities.

“Great leaders are almost always great simplifiers, who can cut through argument, debate and doubt, to offer a solution everybody can understand.”