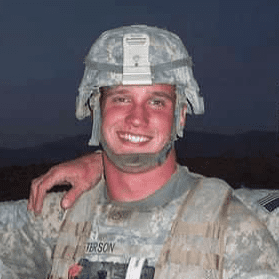 Jacob Peterson is recently retired US Army Infantry. He earned a Combat Infantry Badge and was Deployed to Logar Province Afghanistan – 2009-2010 with 173rd Airborne.

He retired in 2013 whereupon he earned a bachelor’s degree in Criminal Justice/ Homeland Security.

Jacob is also the owner of Beachin Tactical where he produces and sells tactical and survival gear. He is also the purveyor of Exodus Knife & Tool- knives designed to get you to the next great exodus.