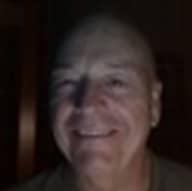 Jim Beers retired from the US Fish and Wildlife Service. After working for the Utah Fish & Game and spending four years as a Reserve Officer in the US Navy, he joined the US Fish & Wildlife Service in the late 1960’s and was stationed in Devils Lake, North Dakota; Minneapolis, Minnesota; Grand Island, Nebraska; New York City; and Washington, DC. He served as a wildlife biologist, wetlands biologist, special agent, and refuge manager. While in Washington Jim was a Congressional Fellow, the Chief of Operations for the National Wildlife Refuge System, the Program Coordinator for the Animal Damage Control Program, and the wildlife biologist in the Central Office who served as Project Officer on nearly all national wildlife projects funded with Pittman-Robertson money.

He was in Washington when the Marine Mammal Protection Act and the Endangered Species Acts were implemented and he watched the Federal government evolve from a medium of environmental managers to a tool of environmental and animal rights extremists.

Jim became aware of the pilferage of millions of dollars from State fish and wildlife excise taxes by US Fish and Wildlife Service managers in the late 1990’s. He testified before Congress about the misuse of the funds and a GAO audit verified that $45 to $60 Million had been taken in a two year period. Jim was forced to retire under very adverse circumstances. He spent 10 months at home on full pay and received a cash settlement.