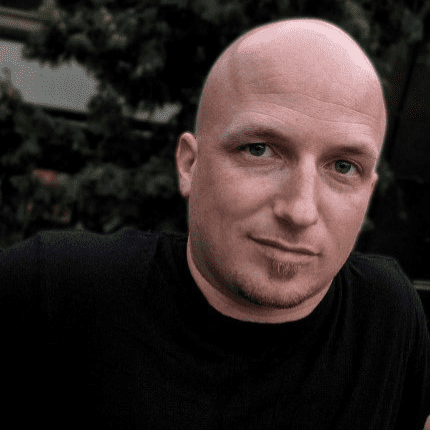 James Di Fiore is a Montreal native who now lives in remote seclusion in the upper Ottawa Valley along the rapids and many lakes attached to the Ottawa River in northern Canada. He’s proudly a stay-at-home dad, a published children’s author and a political pundit, readily stating that those two subjects are often quite interchangeable.

When required and duty calls, he’ll take a break from the carefree characters of children’s literature,the punditry of political buffoonery and even his civic duties as the village librarian, changing his identity in the nearest phone booth.

This mild-mannered librarian’s transformational alter ego includes beingan award-winning documentary film producer and the CEO and founder of Blackball Media, a literary enterprise that dares to go where others fear. His spirit of old school, journalistic tenacity, truth seeking and truth telling is something that is becoming hard to find these days, harder than perhaps even those phone booths.

As a one-time Catholic and a full-time parent to two small children of his own, James was quite shocked, incensed and intrigued with a recent breaking story as did many around the world. We’ve now learned of the discovery of a mass burial site attached to one of many “Residential schools” throughout Canada. This particular one in Kamloops, British Columbia has sadly revealed the remains of 215 young aboriginal children that were entrusted to the Catholic church to educate and supposedly care for them towards a better life beyond their reservations.

The response by the church has been anything but conciliatory. Much like similar discoveries of abuse that were uncovered by journalists within the Boston diocese scandal, there has been backspin, counter narratives and media silence by those who fear being ‘Blackballed’…