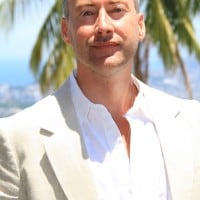 Jeff Berwick is a freedom fighter against mankind’s two biggest enemies, the state and the central banks.  He is the founder of the free market financial newsletter, The Dollar Vigilante, host of the popular liberty podcast, Anarchast and founder of the world’s premier liberty event, Anarchapulco.

Jeff’s background in the financial markets dates back to his founding of Canada’s largest financial website, Stockhouse.com, in 1994. In the late ‘90s the company expanded worldwide into 8 different countries and had 250 employees and a market capitalization of $240 million USD at the peak of the “tech bubble”.  To this day more than a million investors use Stockhouse.com for investment information every month.

Jeff was the CEO from 1994 until 2002 when he sold the company.  Afterwards, Berwick went forth to live on and travel the world by sailboat but sank his boat in a storm off the coast of El Salvador.  After being saved clinging to his surfboard with nothing but a pair of surfing shorts left of all his material possessions he decided to “live nowhere” and travel the world as spontaneously as possible with one overarching goal: See and understand the world with his own eyes, not through the lens of the media.

He went on to visit nearly 100 countries over five years and did and saw things that no education could ever teach.   He met and spoke with a plethora of amazing people, from self-made billionaires to some of the brightest minds in finance – as well as entrepreneurs from a broad range of backgrounds and locations from tech companies in southern China to resource developers in Thailand, Russia and Chile.  He also read everything he could find on how the world really works… politically and financially.  A pursuit he continues to this day.

That education led him to become one of the biggest proponents of the Permanent Traveler/Prior Taxpayer (PT) Theory.

He expatriated, long ago from his country of birth, Canada, and considers himself a citizen of the world.  He has lived in numerous locales since including Los Angeles, Hong Kong, Bangkok and Acapulco, Mexico.