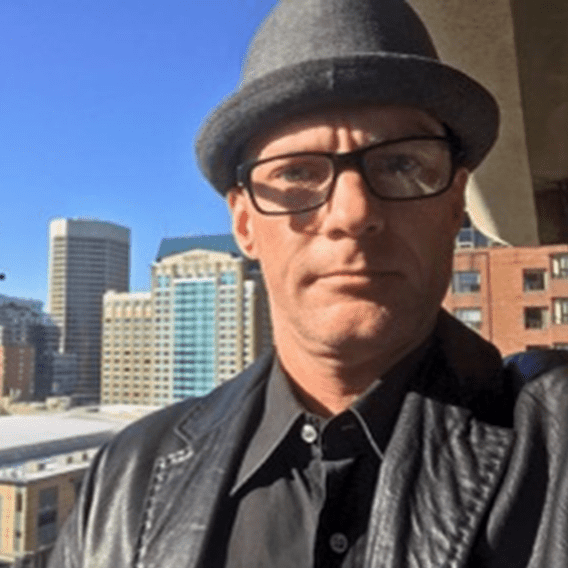 Born Toronto Canada 1974. Moved to St. Georges Hill in Surrey, England and began an independent preparatory all boys path in education beginning at Danes Hill School and ending at Appleby College in Ontario Canada. If you have seen Pink Floyd’s “The Wall” you have seen these schools. It is indeed true that if you don’t eat your meat you can’t have any pudding…

1992  – Represented Canada on scholastic exchange with Rotary International to Kaiserin Friederich Schule in Bad Homburg, Germany to study grade 9,10 and 11 history where learned that the Germans are deeply ashamed by what WWII had brought the world and that they did not see socialism coming. Jeff’s host-father did not meet his own father until the age of 8 when he was released from a Russian war prison camp a shattered man. Stories like that and school trip to a concentration camp gave a solid foundation to the words of “Edmud Burke” (1729-1797) Bad men need nothing more to compass their ends, than that good … He should not be lulled to repose by the delusion that he does no harm who takes no part in public affairs. … That’s all the devil wants of the son of God—to be let alone. … for evil to succeed, it is only necessary for good men to do nothing”

Elected Freshman representative to Students’ Council and broke all records for charitable fundraising.

“The Creature from Jekyll Island” by G. Edward Griffin was given to him as a gift after he had earned the Deke letters which completely destroyed his relationship with economics and business professors.

After his law professor explained that there were no ethics in law (although the class was entitled “The Ethics of Law”) Jeff flipped them all the bird and got a job travelling the world as a club and cruise ship DJ.

Having previously made fun of the older DJ’s who had lost their hair, Jeff faded his shows out in unison with his hairline as not to wear the crown of hypocrite and joined a company in sales where he earned the quarterly bonus in his first 3 months.

Keenly aware of the lessons in “the Death of a Salesman” by Arthur Miller, Jeff dismissed the idea of selling widgets and after his 2014 candidacy with the Freedom Party of Ontario moved to Calgary, Alberta in 2015 to begin exploring a partnership with the city to filter the tritium from Fukushima out of the drinking water which flows from Banff National Park.

(The twitter account @fixfukushima was also established at this time to cancel Tokyo2020 Olympics and begin a global boycott on Japanese goods and services until Fukushima was fixed. Suspended – No reason offered.)

At that time a Federal Election was underway in Canada and Jeff spent many many hours with candidate Kent Hehr volunteering when he used the spare time to fill Kent in on Fukushima. and when elected Jeff authored a 6 page footnoted report which consolidated the peer reviewed studies from Dr. Helen Caldecott, Arnie Gundersen and Dr. Gordon Edwards for him. Kent read it and had meetings with Trudeau’s chief of staff.

Still wanting Tokyo2020 cancelled and frustrated with the file being stuck with the Chief of Staff, Jeff reached out to his second cousin who is not elected and in charge of the public money spent on training Olympians. Canada was the first country to announce not attending Tokyo2020.

In 2018 Jeff became a founding member of The People’s Party of Canada and in 2019 created “mister happy plants” which is a company that matches medical marijuana patients with a plant manager to assist and teach the patient to grow their own. www.misterhappyplants.ca  In September of that same year Jeff went to war with Gay Pride regarding a $60,000 “stipend” he found the city gave after using the freedom of information act to demand the event documents from the licensing department.

Jeff believes that Gay Pride and Black Lives Matter are sinister front groups to ANTIFA and most recently he was arrested for standing his ground at the protests and later presented to Calgary City Hall to battle the vice-provost of Diversity for University of Calgary Dr. Melinda Smith.

(as a side note the Black Lives Matter people chanted “I can’t breathe” as Jeff was on the ground being arrested … for his own safety.

Reminding everyone that it was the native Canadians, freed black Americans and immigrants from Europe that worked together to repel the American invasion of 1812, Jeff noted that not one piece of statistical evidence had been presented in 2 days of hearings and cited the reason as being that systemic racism does not exist in Canada. After being cautioned for hate speech Jeff pointed out that “black Lives Matter” have no constitutional right to protest and should all be arrested and had a National Institute of Health study stating that Bio-terrorism will cost $7 billion per 100,000 infected posted on big screens.

Jeff has never wanted children and so has had no reason to get married. He joins us from downtown Calgary Canada (Host 1988 Olympics) with his two coloured parrots (Mickey & Mallory) and an albino one named “Cracka”.”