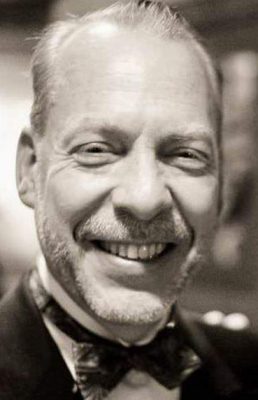 Jeffrey Tucker is Chief Liberty Officer and founder of Liberty.me, Director of Digital Development for the Foundation for Economic Education, research fellow at the Acton Institute, policy adviser of the Heartland Institute, founder of the CryptoCurrency Conference, member of the editorial board of the Molinari Review, an advisor to the blockchain application builder Factom, a frequent contributor to Newsweek, and author of five books. He has written 150 introductions to books and many thousands of articles appearing in the scholarly and popular press. His new book is Bit by Bit: How P2P Is Freeing the World , with an introduction by Patrick Byrne of Overstock.com and a foreword by investor Roger Ver.

He created the first commercial service of online book distribution that published entirely in the commons (The Laissez Faire Club) and he was an early innovator in online distribution of literature during his tenure as builder and editor of Mises.org. He created the the first live classroom in the liberty-oriented ideological space and assembled the official bibliography of famed economic writer Henry Hazlitt, a project that included more than 10,000 entries. Early in his career, following his degree in economics and journalism, he served as research assistant to Ron Paul at his private foundation.

Tucker has been a two-time featured guest on John Stossel’s show, interviewed on Glenn Beck’s television show, appeared frequently on Huffington Post Live and Russia Today, been the two-time Master of Ceremonies at Libertopia, been featured at FreedomFest, the featured speaker at Liberty Forum three years, keynoted the Young Americans for Liberty national convention, has spoken at many dozens of colleges and universities in the U.S. and around the world including Harvard University and Boston University, has been quoted in the New York Times and Washington Post, and is in constant demand as a headline speaker at libertarian, technology, and monetary conferences around the world.

His books are: Bourbon for Breakfast: Living Outside the Statist Quo (2010), It’s a Jetson’s World: Private Miracles and Public Crimes (2011), Beautiful Anarchy: How to Create Your Own Civilization in the Digital Age (2012), Freedom Is a Do-It-Yourself Project (2013), and Sing Like a Catholic (2009). Four of his books have been translated into Spanish and published. A collection of his writings translated German is forthcoming under the title Tucker and Life.