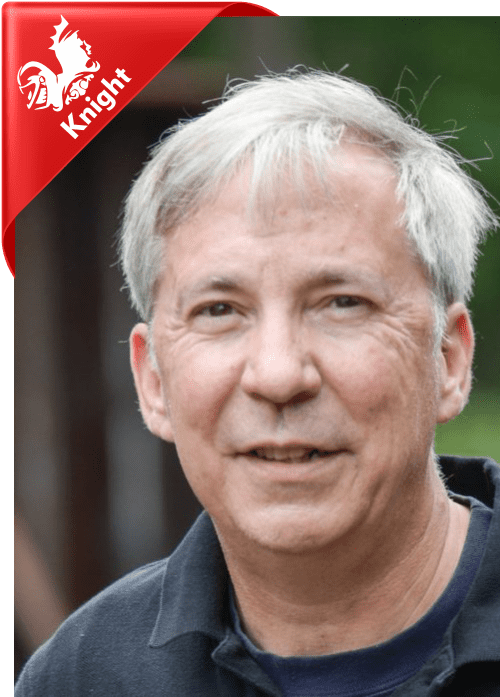 Author Jim DeFelice has written over two dozen fiction and non-fiction books, including fourteen that have made the New York Times best-seller lists.

AMERICAN SNIPER detailed the life and service of Navy SEAL Chris Kyle and was the number one best-selling nonfiction title in America during much of 2012 and 2013. The movie based on the book was nominated for six Academy Awards and smashed box office records when released in January 2015. It stars Bradley Cooper and was directed by Clint Eastwood.

Code Name Johnny Walker(2014), another NY Times best-seller, gave voice to an Iraqi who became a translator for American forces and saved hundreds of lives. Optioned as the basis of a movie before publication, it is currently in development.

DeFelice’s most recent novels, THE HELIOS CONSPIRACY (2012) and BLOOD OF WAR (2013) received star reviews as among the best novels of the year from book industry trade publications Kirkus(HELIOS) and Publisher’s Weekly(BLOOD OF WAR).The nonfictionAMERICAN GUN(2013), which DeFelice ghostwrote, also received a starred review.

Current nonfiction projects include Fighting Blind, the story of blind Special Forces soldier, combat veteran, and marathon runner Ivan Castro, the only active duty Green Beret ever, to be published by St. Martin’s Press in 2016. American Wife, being written with Taya Kyle, Chris Kyle’s widow about her experiences, will be published by William Morrow in 2015. DeFelice also developed and is writing a new techno-thriller fiction series tentatively entitled Puppetmasters to be published by Harper Collins, beginning in 2016.

DeFelice’s biography of OMAR BRADLEY: GENERAL AT WAR (2011), the first critical biography of the important World War II general, was chosen to launch Regnery Publishing’s prestigious new line of history works in 2011. The book followed the publication (2008) by Berkley/Penguin of RANGERS AT DIEPPE, a groundbreaking account of the Rangers’ and the U.S. Army’s first ground action in Europe during World War II.

DeFelice has collaborated with a number of entertainment personalities and other best-selling writers, including Tom Clancy, Stephen Coonts, and Dale Brown, as well as Richard Marcinko, the “father” of SEAL Team 6. He has also works as a developer and writer on video games; credits include Ace Combat: Assault Horizon, the number one selling air-combat franchise in the world, and Afro Samurai II, featuring Sam Jackson.