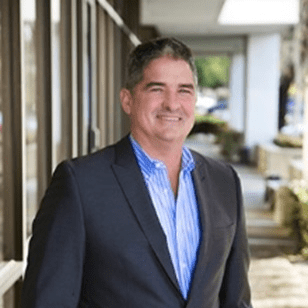 Mr. Joseph J. Flynn, also known as Joe, is the President and CEO of Vereco Inc. a Southern California based Healthcare IT Services Company.  He has served in that position since November 1, 2017. Previously he served as Co-Founder and President and Chief Executive Officer of Auxilio, Inc. and Chief Executive Officer of CynergisTek, Inc. from April of 2004 until October 2, 2017.  Auxilio and CynergisTek merged in September of 2017 and the Auxilio brand was retired and Mr. Flynn voluntarily resigned his Executive and Board positions from CynergisTek in October of 2017.  Mr. Flynn has over two decades of experience in driving growth and excellence in healthcare IT services.  Under Mr. Flynn’s leadership Auxilio now CynergisTek grew from no revenues to over $70 million, culminating in its merger with CynergisTek, the leading provider of Healthcare Cyber Security Services and up listed to the New York Stock Exchange, in March of 2017 under the symbol CTEK.  Prior to founding Auxilio, Mr. Flynn worked Advanstar Communications from 1998 to 2004 as Vice President of the Telecommunications Group where he managed a portfolio of communications and IT related business to business trade shows, conferences and magazines in the United States and Brazil.  From 1993 to 1998, Mr. Flynn served as VP for Latin America for EJ Krause and Associates, a Washington DC based technology trade show company.  In that position he lived, worked and traveled extensively in Mexico, Brazil, Argentina and Colombia.  He is a1987 graduate of the Catholic University of America in Washington, DC where he holds a BA in International Relations. Mr. Flynn is also on the Board of Directors of STEP (Support the Enlisted Program) an organization that provides financial assistance and training to young enlisted military families in Southern California struggling with the high cost of living in the area www.stepsocal.org.    Mr. Flynn is fluent in Spanish and has strong working knowledge of Portuguese and French.  Mr. Flynn and his wife Valerie celebrate 25 years of marriage this year and have two grown daughters and live in San Clemente, CA.  He is the youngest of Lt. Gen Michael Flynn’s 8 siblings and is the spokesperson for the Michael Flynn Legal Defense Fund.