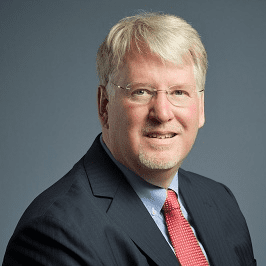 Joe Hoft is an author and contributor at one of America’s largest political websites – www.thegatewaypundit.com. The Gateway Pundit (TGP) is run by Joe’s identical twin brother Jim. TGP is one of the largest conservative websites on the Internet with millions of page views daily.

President Trump has retweeted Joe’s online posts at TGP and Joe had discussed many of these stories in interviews on the radio and on the Internet.

n November 2020, Joe was the first to bring light to the massive amount of election fraud uncovered in the 2020 Presidential Campaign. His post at TGP: BREAKING EXCLUSIVE: Analysis of Election Night Data from All States Shows MILLIONS OF VOTES Either Switched from President Trump to Biden or Were Lost — Using Dominion and Other Systems indicated millions in fraudulent votes in the election. This article was retweeted by President Trump.

Joe has also written articles and reports published and presented in academic journals and corporate and not-for-profit board meetings. He has spent the majority of his professional career in the financial industry and much of this time involved in the Asia Pacific region. He lived in Hong Kong for nearly a decade while working as a Vice President and Executive Director for a Fortune 500 firm.

He has ten degrees or designations and is the author of three books.
His new book: ‘In God We Trust: Not in Lying Liberal Lunatics’ is available now. This book discusses President Trump’s accomplishments, the radical left’s attack on conservative publishers like TGP. The Mueller sham, corrupt politicians and social media censoring are covered in detail. This book is a must read to understand the real state of the union today in the US.

In August 2020 Joe reported in an exclusive report at TGP that only 6% of all COVID deaths reported to date were related to COVID only. The remaining 94% on average had 2 to 3 comorbidities associated with these deaths SHOCK REPORT: This Week CDC Quietly Updated COVID-19 Numbers – Only 9,210 Americans Died From COVID-19 Alone – Rest Had Different Other Serious Illnesses. This report was retweeted by the President as well and swept across the country. Americans were shocked to learn this fact about the China coronavirus.

On April 30, 2020, Joe wrote an article at TGP BREAKING: Former FBI General Counsel James Baker Has Flipped! Durham is Building Conspiracy Case on All of Those Who Lied to the Court! This post was retweeted by President Trump on Twitter the same day.

On March 17, 2020, Joe posted an article at TGP arguing the China coronavirus was not as nearly as deadly as was being reported by the WHO. EXCLUSIVE: Evidence Shows Director General of World Health Organization Severely Overstated the Fatality Rate of the Coronavirus Leading to the Greatest Global Panic in History. Joe again was right.

Joe’s posts also made the headlines at the DrudgeReport (before that site changed and went far left).