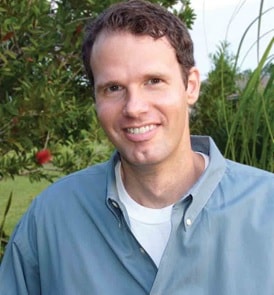 Shocked by the Bible 2

Joe Kovacs is the author of the brand-new book, “Shocked by the Bible 2” as well as his two previous No.1 best-sellers, “Shocked by the Bible” and “The Divine Secret.” With more than three decades in the broadcast, print and online media, Kovacs has received awards for excellence in news coverage from the Associated Press and United Press International. He has been the executive news editor of WND.com since 1999. He’s been interviewed on TV and radio programs all over the U.S. and world, from “The O’Reilly Factor” on the Fox News Channel to “The Savage Nation” with Michael Savage. In addition to his love for truth, Kovacs has a strong interest in the greatest book ever written, the Holy Bible, and encourages people of all backgrounds to read and believe the words on its pages so they can reach their God-given potential and inherit eternal life. He is a Bible-believing Christian, unaffiliated with any church or denomination. Follow Joe on Twitter @JoeKovacsNews and visit shockedbythebible.com for more information on his new book or to contact him.

Did you ever wonder if you were getting the whole story when it comes to the Bible?

Might there be some crucial information withheld from you?

Could the powers that be in major religions actually be broadcasting a false message when it comes to God’s glorious truth?

As stunning as it may seem, what’s written in Scripture is often the polar opposite of what’s taught in many churches. The Bible says the devil deceives the whole world. He has cleverly tricked billions of people, and that includes countless Christians who profess their faith in Jesus.

Now, for those who seek the truth and are not afraid to discover the absolute veracity of Holy Scripture, Joe Kovacs breaks impressive new ground in Shocked by the Bible 2, the highly anticipated, compelling sequel to his previous eye-opener, Shocked by the Bible.

In this latest work, Kovacs digs much deeper into the Good Book, connecting the dots from hundreds of Scriptures, many of which are rarely, if ever, discussed in public. He cracks the window into the spirit dimension by revealing not just the physical meaning of any given verse, but the spiritual meaning as well. Readers can finally get a clear glimpse into the unseen world where God dwells to understand what has previously been shrouded in mystery.

Kovacs brings to light what is often suppressed by some pastors, including the true destiny of Satan and the rest of the wicked, three words of Jesus that most Christians don’t believe, and the resurrection that virtually no one talks about. He unearths the hidden plan of God in a book that some don’t think should even be included in the Bible. And he reveals how important Bible messages have been secretly embedded inside many of the biggest Hollywood productions ever made. You’ll be rushing to revisit these famous films once your eyes have been opened to the spirit level.

In this fascinating, highly readable new sequel to his best-selling Shocked by the Bible (Thomas Nelson, 2008), Kovacs provides key ingredients that are certain to inspire everyone to dive back into their own Bibles and learn what God has prepared for us?eternal life?and what we all need to do to enter His glorious kingdom.

Joe Kovacs is a Bible-believing Christian, unaffiliated with any church or denomination, and author of the #1 best-seller, Shocked by the Bible: The Most Astonishing Facts You’ve Never Been Told, which is the prequel to this book, and The Divine Secret: The Awesome and Untold Truth About Your Phenomenal Destiny (Bancroft Press, 2012), which also hit #1 on Amazon.com.

He’s an award-winning journalist and broadcaster who has run newsrooms in television, radio, and online for more than 30 years, both in the United States and overseas. A frequent media guest, Kovacs has appeared on The O’Reilly Factor on the Fox News Channel as well as countless radio programs across America and the world. Follow Joe on Twitter @JoeKovacsNews.