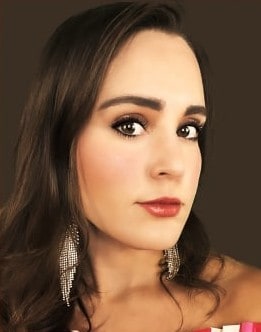 As Americans witness the current Administration weaponizing the DOJ against their political opponents, and those who support said opponents, defending Free Speech is more important than ever. Robert and Joeylynn Mesaros truly understand what it takes to fight this fight, having personally suffered the political persecution and abuse of the progressive left’s attempts at silencing political opposition.

Robert and Joeylynn Mesaros are your average blue-collar Americans; they are working hard to raise their 11-year-old son, Jude, with Christian conservative values. These high school sweethearts never would have imagined when they said, “I do”, 15 years ago, that they would later go head-to-head with Biden-Harris Campaign staff, White House officials, and Democrat politicians to defend Free Speech for their family and yours.

The Mesaroses were recently catapulted into the fight to defend Free Speech as Biden-Harris campaign staffers and Democrat politicians filed a frivolous lawsuit against them in federal court under the Ku Klux Klan Law of 1871. The family of 3 were merely flying Trump flags from their vehicle next to the Biden Bus when it drove through Texas during early election 2020. You may remember the viral video of what mainstream media called the “Biden Bus Escort” when President Trump tweeted about it saying, “I LOVE TEXAS!”

The lawsuit came as quite a shock, especially since there are no criminal charges. This is a civil complaint, which in simple terms means the politicians suing Robert and Joeylynn are looking for financial compensation for being triggered by the family’s exercise of Free Speech. The plaintiffs suing Robert and Joeylynn lie claiming the couple banded together on a public highway with the intention of suppressing minority voter rights. The plaintiffs also maliciously accuse the couple of premeditated assault, claiming they had a plan to run the bus off the road. These are complete fabrications, none of which ever occurred. Such outright lies filed under the KKK Law in the federal court system could have national implications and set a legal precedent for how the left targets Trump supporters and Conservatives who simply exercise Free Speech in the future.

The couple faces over $200,000 in legal defense fees alone as they have the burden of proving these are frivolous accusations. Robert and Joeylynn tapped into their son’s college fund, set aside dreams of opening their own plumbing company, and cashed out their 401K, using the money to retain their attorney. They are fundraising to cover the remainder of extremely costly legal defense fees and need your help.

The Mesaroses have an optimistic attitude amidst the oppression as they believe God has called their family to boldly stand up in the face of tyranny to maintain our God-given freedoms for generations to come. They expect to ultimately see a victory for Americans’ First Amendment rights.

Just like you, Robert and Joeylynn have a right to voice their political opinions, regardless of what party they choose. We cannot allow others to silence people who have a different opinion from them. Your financial support to win this precedent-setting legal battle is critical as Robert and Joeylynn hold the left accountable for weaponizing the judicial system against average Americans and in keeping Free Speech free for everyone.