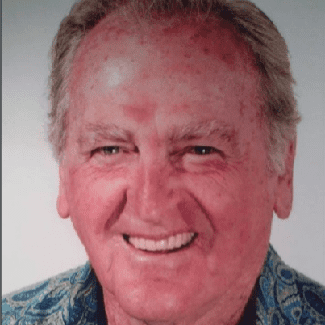 Autobiography: “Your Mother’s Not a Virgin”

A Canadian high school dropout at 15, and deported at 17, John Barbour is recognized as ‘The Godfather Of Reality TV’ as the creator-Producer,Co-Host, and Writer of the trend setting hit ‘Real People.’ He won the first of his 5 Emmys as the original Host of ‘AM LA’ in 1970 where he interviewed controversial anti-war guests like Mohammed Ali, Cesar Chavez and Jane Fonda. He was the first in America to do film reviews on the News, winning 3 more consecutive Emmys as KNBC’s ‘Critic-At-Large.’ And ten years as Los Angeles Magazine’s most widely read and quoted controversial critic. Prior to that he was a successful topical stand-up comedian, appearing on ‘The Dean Martin Show,’ ‘The Tonight Show,’ and others; and in Las Vegas opening for Robert Goulet and Bobby Darin. Comedian-activist Dick Gregory did the liner notes for his first album, ‘It’s Tough To Be white,’ and Play-write Neil Simon did them for his second album, ‘I Met A Man I Didn’t Like!’

In 1992 he wrote and Directed the award-winning ‘The Garrison Tapes,’ which Director Oliver Stone heralded as ‘The perfect companion piece to my movie ‘JFK.’ 25 years later, in 2017 he wrote and Directed Part 2 called: ‘The American Media and The 2nd assassination Of President John F. Kennedy,’ which leading researchers applaud as ‘The definitive film on JFK and the rise of Fake News’..which plagues America to this day. John said, ‘I am not a conspiracy theorist. Just a storyteller.