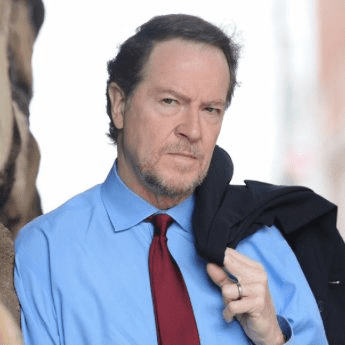 John Whitehead is an attorney and author who has written, debated and practiced widely in the area of constitutional law, human rights and popular culture.
Widely recognized as one of the nation’s most vocal and involved civil liberties attorneys, Whitehead’s approach to civil liberties issues has earned him numerous accolades and accomplishments, including the Hungarian Medal of Freedom and the Milner S. Ball Lifetime Achievement Award
Whitehead has filed numerous amicus briefs before the U.S. Supreme Court, has been co-counsel in several landmark Supreme Court cases and continues to champion the freedoms enshrined in the Bill of Rights in and out of the courts

John Whitehead is a frequent commentator on a variety of legal and cultural issues in the national media and writes a weekly opinion column, which is distributed nationwide. He has authored more than 30 books on various legal and social issues. His most recent books include the best-selling Battlefield America: The War on the American People and the award-winning A Government of Wolves: The Emerging American Police State.

Turning America into a Battlefield: A Blueprint for Locking Down the Nation: Click to Watch

The Only Truly Compliant, Submissive Citizen in a Police State Is a Dead One:Click to Watch

All of the Ways Big Brother Is Watching You: Click to Watch

The U.S. Supreme Court: Marching in Lockstep with the Police State: Click to Watch

Handcuffs, Leg Shackles and Tasers: The New Face of Punishment in the Public Schools: Click to Watch

Why I’m Not Ready to Give Up on America: Click to Watch