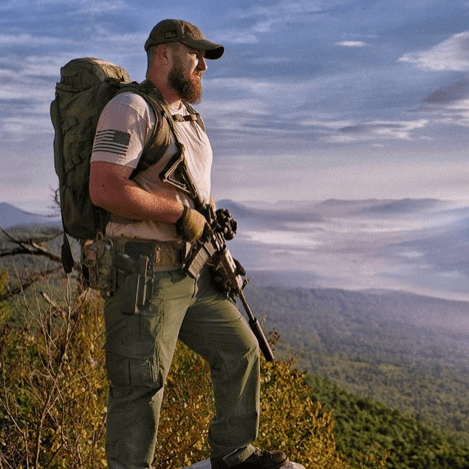 – Jonathan Hollerman is the #1 Bestselling Author of “Survival Theory: A Preparedness Guide – How to Survive the End of the World on a Budget.”

– As a former military S.E.R.E. Instructor (pronounced “seer”)… and just so you know, SERE stands for Survival, Evasion, Resistance, and Escape… he’s a foremost expert in survival and preparedness.

– Aside from his bestselling books on preparedness, Jonathan also operates a company called Grid Down Consulting, were he offers his services as an Emergency Preparedness Consultant.  While Hollerman does offer phone consultation on general preparedness for families working on a budget… most of his time is spent travelling the country performing on-site analysis of existing survival retreats and making recommendations to his clients.  His primary specialty is in “Survival Retreat Design” – building and designing off-grid infrastructure for multi-million dollar survival retreat compounds.

You may recognize his name as Jonathan Hollerman was on the Drudge Report over the weekend from an article the Daily Mail penned about his consulting business.