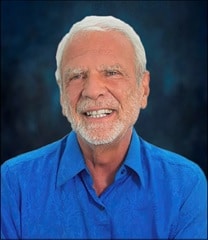 A Harvard University and University of Michigan Medical School graduate, Dr. Jonathan Wright was also awarded an honorary naturopathic degree by Bastyr University. A pioneer in application of natural treatments for common health problems, he has authored 14 books, 29 medical articles, and his monthly newsletter, Green Medicine Newsletter since 1996.  In 2012 he was inducted into the Orthomolecular Medicine Hall of Fame in recognition of his contributions to orthomolecular medicine over the years.

Dr. Wright founded Tahoma Clinic in Washington State in 1973 where he continues to practice medicine and serve as Medical Director. The infamous 1992 FDA “raid” on Dr. Wright’s Tahoma Clinic (often called “The Great B-Vitamin Bust”) was a major impetus for Congressional reform of vitamin/mineral regulation in the 1990s.

In the early 1980s, he wrote the first prescription for a plant-derived, natural, tri-estrogen formula and is often called the “Father of Bio-Identical Hormones”. He continued on to develop a comprehensive program of bio-identical hormone replacement for both women and men and tests to ensure safety and effectiveness.

He also originated successful natural treatment for childhood asthma, for the “dry” form of macular degeneration, pioneered the use of aldosterone to reverse age-related hearing loss, discovered the effects of iodine on estrogen metabolism and the mineral cobalt’s role in steroid detoxification, developed treatment programs to improve bone density and resurrected older research on the use of human chorionic gonadotrophin (hCG) for spinal cord injury.  Dr. Wright routinely teaches his techniques at medical seminars in the USA and abroad.