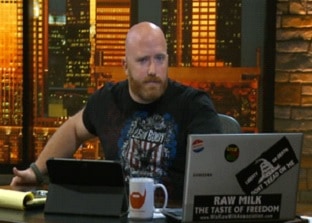 Josh Tolley is a nationally syndicated talk-show host with listeners in all fifty states, as well as 160 nations. He is a Liberty Award nominee, was featured in the short film Elektable, and even served as a national television anchor for the Free and Equal Elections Foundation presidential debate in October 2012. He has appeared on CBS, NBC, TBN, Messianic.TV, the Church Channel, Al Jazeera, and many other television and radio shows around the world.