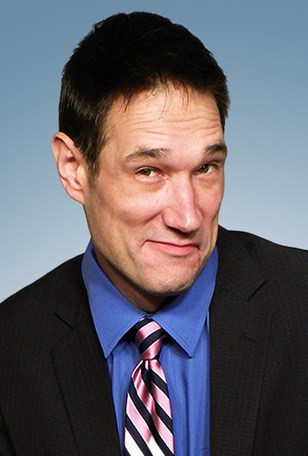 Justin Michaels was born and raised in Dayton, Ohio. At the age of 14 and with no formal instruction, he taught himself how to play the guitar and the drums by ear. He got his start in show business as a radio DJ. Soon after, he started working as a DJ in Ohio nightclubs. He put his music talents to good use when he joined the rock band Phaethon as a drummer. After touring with Phaethon for a good stretch, he decided to try his hand – and vocal chords – as a front man. So he quit Phaethon and formed his own band, Caibel, which allowed him to step up to the role of lead singer.

When Justin turned 30, he realized that very few 30-somethings get signed to big recording contracts, so he decided it was time for a career change. Justin’s grandfather had been a successful pro wrestler, having wrestled for the legendary hall of fame wrestler The Sheik in the Ohio wrestling territory. So Justin decided to follow in his grandfather’s footsteps and give pro wrestling a try. One problem, though –  while standing 6′ 3”, he weighs a meager 170lbs, soaking wet. So instead of becoming a wrestler, he became a pro wrestling manager. In pro wrestling, managers are referred to as “mouthpieces,” as their job is to speak on camera for the wrestlers who have no public speaking skills and little charisma. In this capacity, Justin found his forte. He was soon dubbed “The Voice” and was in big demand all over the Southeastern states to play the role of a dastardly, sleazy, fast-talking conman wrestling manager. His character was sort of half carnival barker, half used car salesman, and he relished his natural ability to rile pro wrestling audiences with snappy insults and incisive color commentary. Always willing to do whatever it took to make live events a success, Justin would daringly perform extreme stunts and take hard falls that even the toughest pro wrestlers wouldn’t attempt.

It was while working in the pro wrestling business that Justin met independent television producer Norm Kaiser. Kaiser was impressed with Justin’s ability to work a microphone and his polished, natural easiness on camera, so he showed a script treatment he was developing to Justin for a TV show concept titled, “Yesterland Waltz.”

“I read that rough draft of the script, and I knew that role was for me. It was like that script was written specifically for me,” Justin recalled. “I had done TV before, but not that style, and, man, I was all in.”

The two got to work on the show immediately, filming the entire thing in a small studio in Northwest Florida. Shooting was long and laborious, sometimes resulting in 16 hour workdays. When editing was complete, the show was then pitched to several networks and was picked up by TUFF TV, an emerging broadcast network that offers original programming targeted at men. TUFF TV has TV affiliates in the top 25 markets and has a presence all over the nation.

This is the first season of “Yesterland Waltz.”