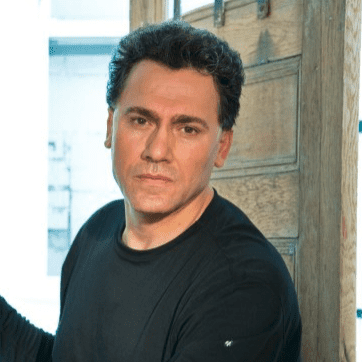 The Blood of Lambs, Unveiling, The Coalition, In the Red Chair

Kamal Saleem, a Former Muslim Brotherhood jihadist, was born in Lebanon to a devout Muslim family, a large Sunni Muslim family in the heart of the Middle East. His cousin is the grand imam (mufti) and Kamal was taught umma (one world under Islam), to beware of the infidels (Christians, Jews, and others that oppose Islam), and other Muslim teachings.
From early childhood, he had a strong foundation in the Muslim faith. As early as four years old, he remembers sitting at the kitchen table while his mother taught him about the Koran and his duty to Allah and Jihad.
Kamal was seven when his parents sent him to Muslim training camps to learn to use weapons and engage and kill the enemy. The boys were also taught another, more subtle form of warfare. Among other organizations, Kamal was integrated into the PLO and taught to build weapons of mass, indiscriminate destruction.
By his 20s, Kamal was chosen to wage Cultural Jihad on America.

After a severe automobile accident, Kamal was cared for by Christians. When his Muslim faith was confronted by the love of Christ, he became increasingly depressed, confused and ultimately suicidal.

Instead of taking his own life, he became a Christian and over the past three decades Kamal Saleem has successfully used the training that he received as a child, training to be a human weapon of hatred unleashed into global jihad, to reach other Muslims living in spiritual captivity.