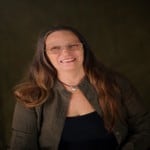 – South Africa: Past, Present, No Future

I am an expat South African living in Texas.

My family fled the civil war in Rhodesia (now Zimbabwe) after my parents had both been severely injured while going about their daily lives.

We moved to South West Africa (now called Namibia) and left for South Africa when the fighting in Angola spilled into SWA.

I was educated in all three countries but my final schooling was at Commercial High School in Port Elizabeth.  I studied Nursing at Grey’s Hospital in Pietermaritzburg.

My family of 5 siblings, have all suffered attacks and my parents, who are farmers in South Africa, have been attacked by AK47 wielding gangs twice in the last 3 years.  My father died 2 years ago in September as a direct result of this.

I have been an activist calling for world attention to the white genocide in South Africa for at least 10 years.

Donate to help South African families through PayPal to cooks595@yahoo.com or email texasrose9@gmail.com