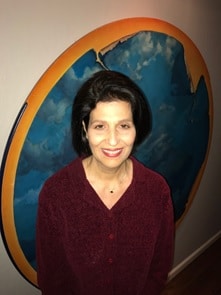 KATHERINE CHILJAN is an independent scholar who has studied the Shakespeare authorship question for over 30 years. Her interest was first piqued after watching a television debate on the topic, when an English professor failed to prove his case that the man born in Stratford-upon-Avon was the great author, “William Shakespeare.” A graduate of U.C.L.A. (B.A. History), Chiljan did her own research and concluded that “William Shakespeare” was the pen name of Edward de Vere, 17th Earl of Oxford, a theory first proposed in 1920 by J.T. Looney, author of Shakespeare Identified. Chiljan has debated English professors on the Shakespeare authorship question at the Smithsonian Institution, U.C. Berkeley, and at the Mechanics’ Institute in San Francisco.

Chiljan was inspired to write Shakespeare Suppressed: The Uncensored Truth About Shakespeare and His Works (2011, 2016) after hearing a prominent English professor insult doubters of the traditional Shakespeare on national television. The book took almost seven years to complete, and earned Chiljan an award for distinguished scholarship from Concordia University (Portland, OR) in April 2012. Chiljan was also a contributing author to the ebook, Contested Year (2016), which exposed “Errors, Omissions and Unsupported Statements” in English Professor James Shapiro’s book, The Year of Lear: Shakespeare in 1606. Chiljan has served as editor of an Oxfordian newsletter, and has published the surviving letters of the 17th Earl of Oxford (Letters and Poems of Edward, Earl of Oxford, 1998).