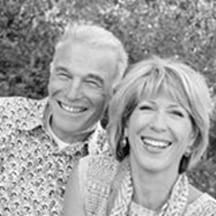 – America globalism and the False Prophet

– The Deep State Prophecy and the Last Trump

In the mid 1960’s after a colorful collegiate career Ken Klein found himself on the playing field with both the San Francisco Forty-Niners and the Houston Oilers. But his playing days as a pro would be cut short by a devastating injury and his whole pathway was redirected.

Looking back at the wake of his life, he has produced twenty-one documentary films, written, and published four books with two additional manuscripts waiting publication, and two films scheduled for production in 2020. He also was senior pastor of three churches and raised a family of three sons. Together with his wife, Jan of forty-five years, they have seven grandchildren.

His many years of researching films and writing scripts and with great appetite for ancient prophetic texts, he has gained the high ground of a rarefied panoramic glimpse of world history, and what lies ahead for the future. Today, he is one of a handful of people who truly understand the nature, history, and prophetic reality of the “Deep State.”

Ken has appeared on hundreds of radio programs and TV shows across the country.

His most recent book released in February of 2019, “The Deep State Prophecy and the Last Trump” and his brand-new film, “The Four Horsemen of the End Game,” promise to send shock waves rippling through the political arena.”