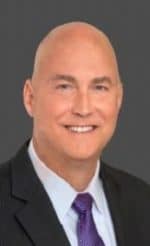 Kevin W. Massengill is the founder and CEO of Meraglim Holdings which has created a new approach to predictive analytics in capital markets that will improve performance and vindicate active investing.

A US Army Airborne Ranger qualified officer trained in Arabic and Russian, Lieutenant Colonel Massengill was awarded the US Army Legion of Merit and the US Department of State Meritorious Honor Award at his retirement following 20 years of service. Mr. Massengill currently serves on the advisory board of Flynxx, a US technology startup, and previously served on boards as diverse as the US Department of State’s Overseas Schools Advisory Council, GrowthGate Capital Corporation – Dubai, and as Chairman of the Board of the American Community School – Abu Dhabi.

A native of St. Louis, Missouri, Mr. Massengill was a Distinguished Military Graduate of the University of Missouri-Columbia with a B.A. in Russian Area Studies and was awarded a US Army Top 5% Fellowship. He holds an M.A. in Near Eastern Studies from Princeton University and has been a guest seminar lecturer in the Woodrow Wilson School of Public and International Affairs. He has completed the Program on Negotiation for Senior Executives at Harvard Law School, INSEAD’s International Directors Program at Fontainebleau and held FINRA Series 7 and 63 general securities licenses. He resides in Florida.