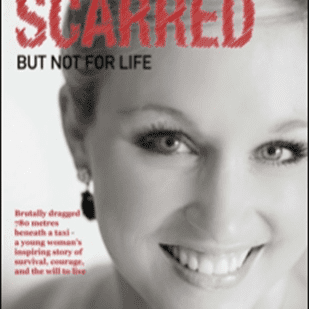 “Scarred, But Not For Life”

The story would shock thousands and be remembered by many for years to come. It would be plastered all over the papers and continue to attract interest well after the shock factor of what happened had passed. Reports and articles would be written, and “facts”, as given to reporters by some of those involved and willing to be interviewed, would be recounted and repeated in all forms of public media over the months and even years that followed. And although these versions would generate widespread outrage, none was entirely accurate. I was there. The stories were about me. I am “the girl who was dragged by a taxi”.